Saturday was ridiculously fun. We kicked off the day with some friends at the Tour de Fat hosted by New Belgium Brewing and we are hooked! It’s everything we love (especially Danny) and it’s hands down the best Arizona festival. Part of a 13-city tour, the festival is all about bikes, beer, music, dancing, being eco-friendly and a little bit quirky. I love their line, “when everybody’s weird, no one is.”
There were thousands of people on bikes and bike-inspired contraptions. Lots of people were dressed up in crazy costumes, local bands were performing, there was a bike parade, hula hoopers, crazy bikes you could try and ride, various bike “competitions” and even a port-a-potty turned karaoke station aka “Portaoke” – ha! Certain aspects of it definitely gave us that lovin’ Coachella feeling (our fave fest*)
*side note, what’s coachella? watch this amazing video and you’ll see (you must let it buffer first).
If the Tour de Fat is coming to your city we highly recommend you check it out! It’s free to attend – you just have to buy beer tokens. 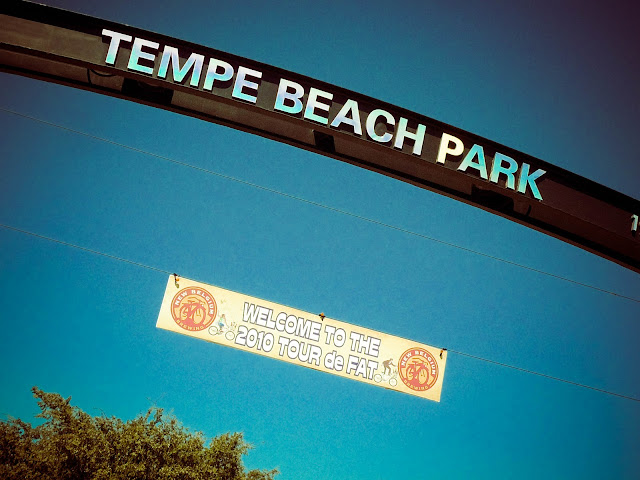 {a gorgeous (okay, a tad warm) “fall” arizona day on the lake} 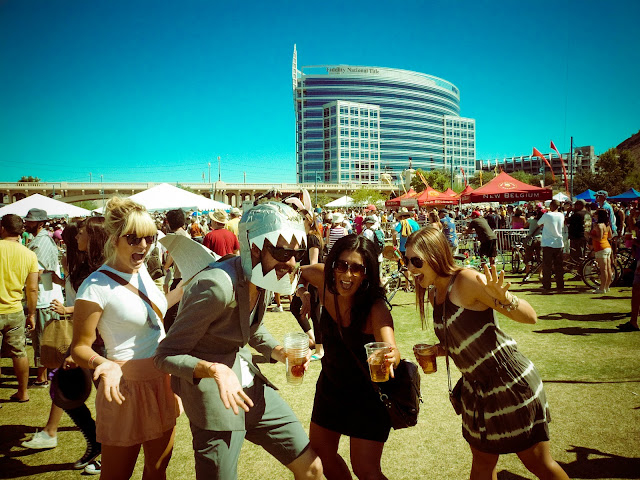 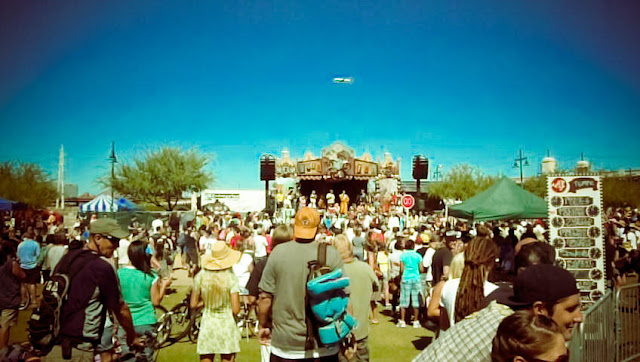 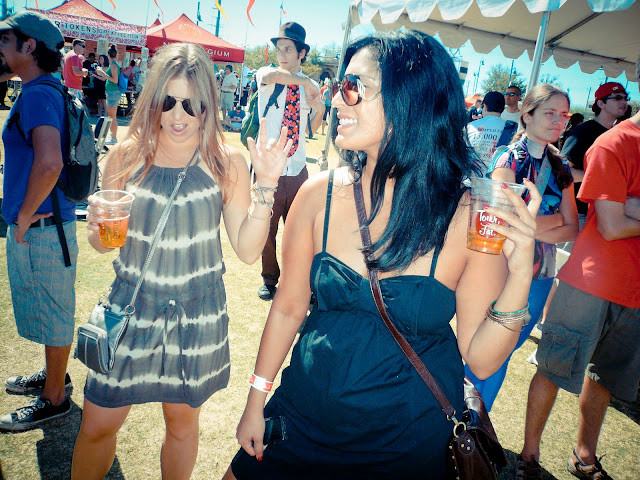 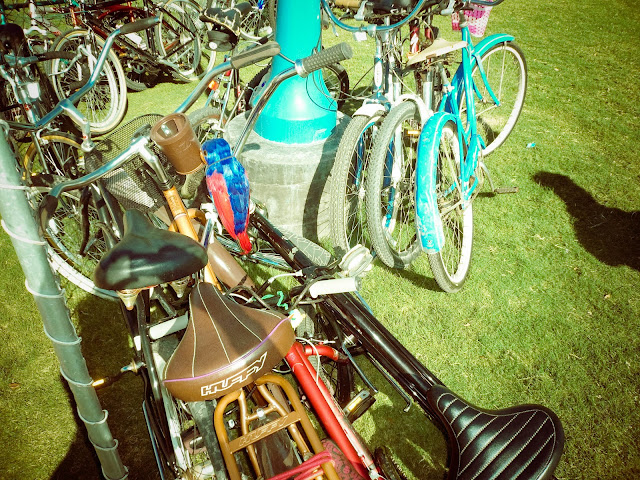 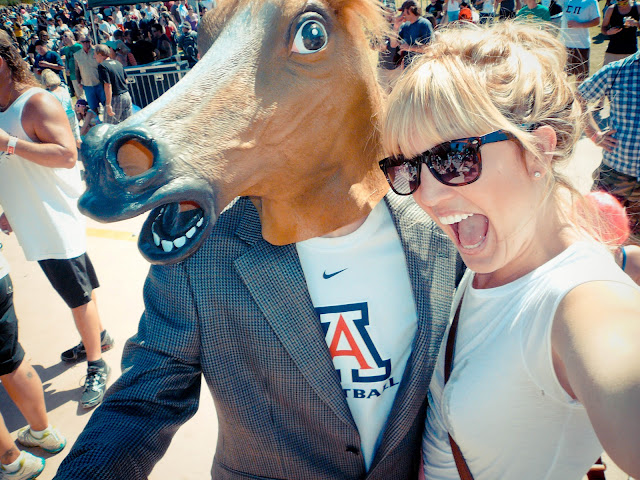 {trying to get this photo was quite comical} 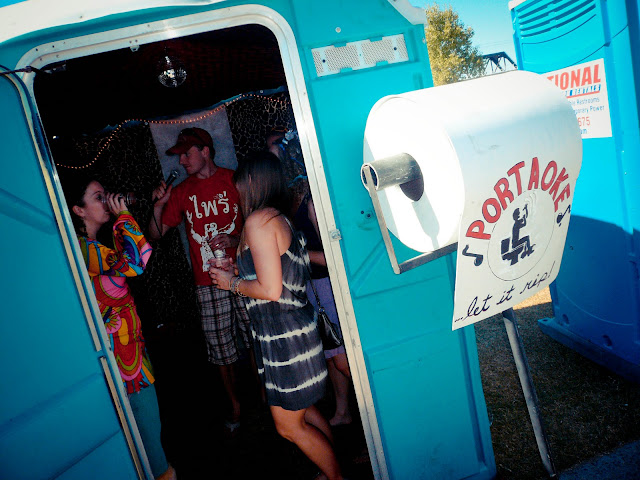 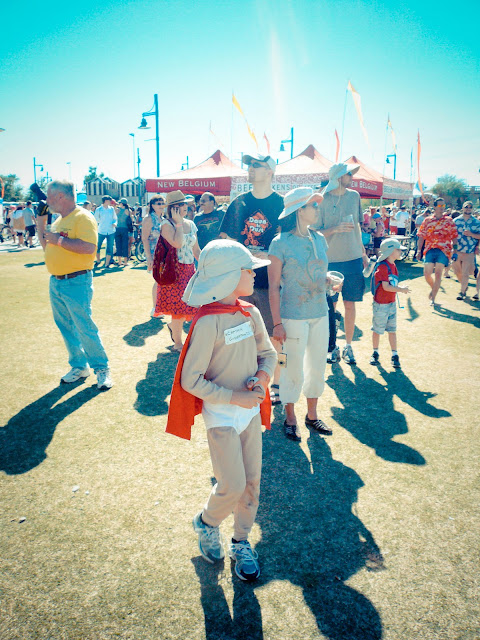 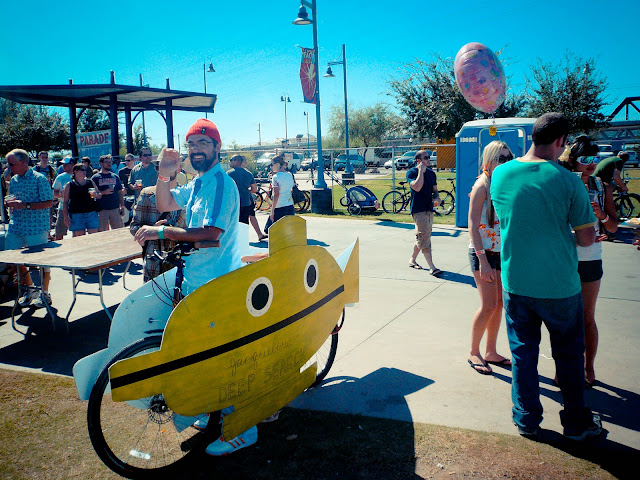 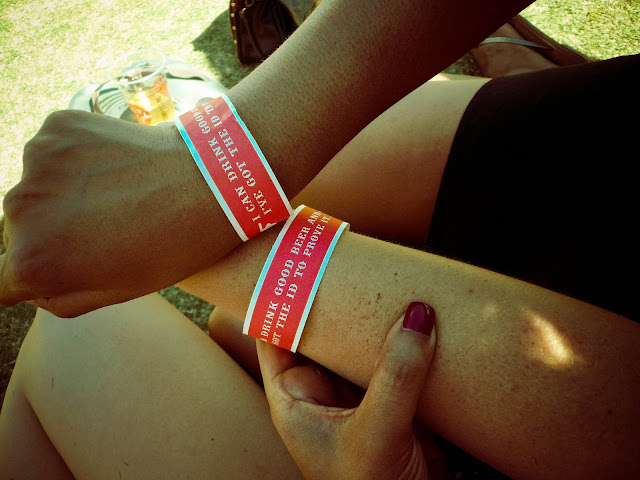 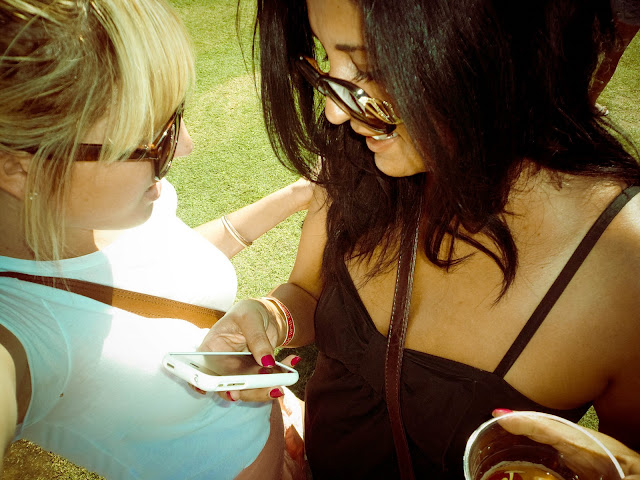 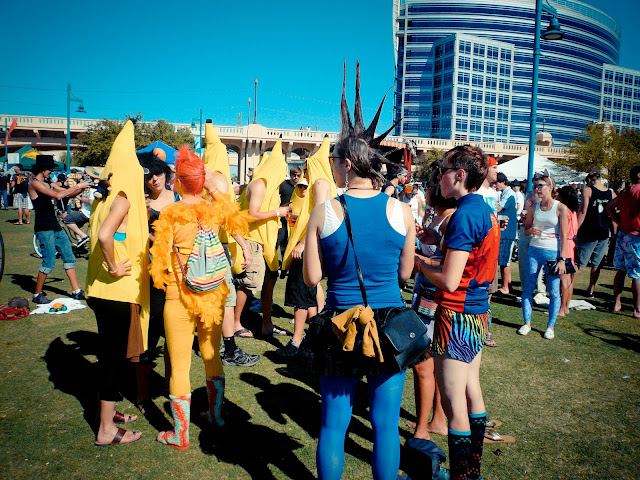 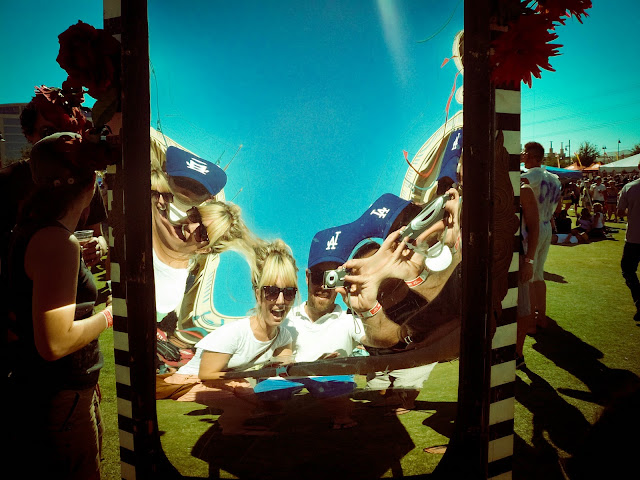 {i find these silly mirrors way too entertaining} 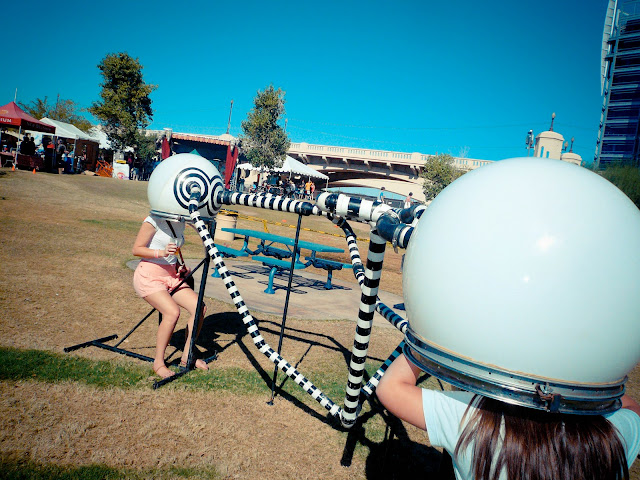 {that’s me. a glorified version of the telephone with a tin-can game} 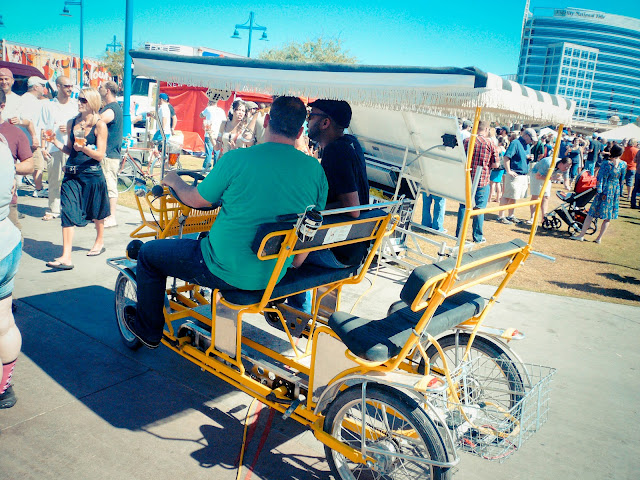 {super bike… reminds me of that toad one on mario cart} 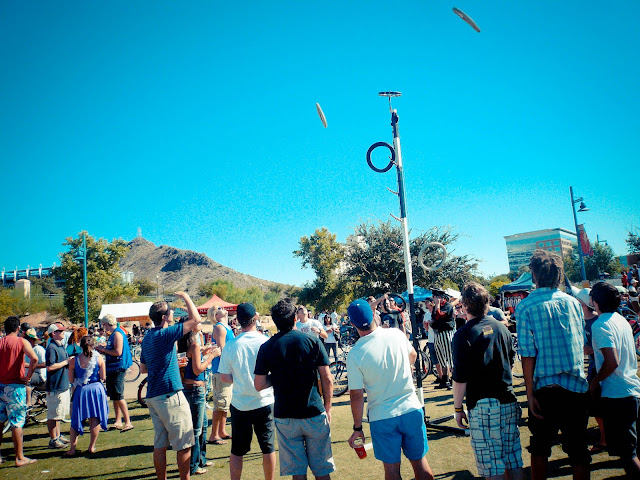 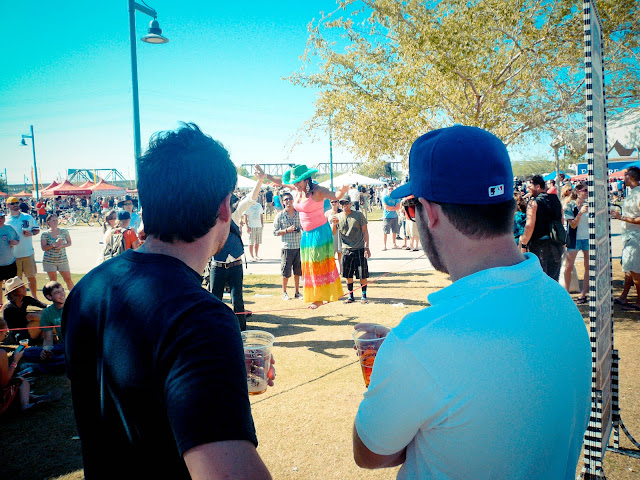 {a challenge. sizing up the competition} 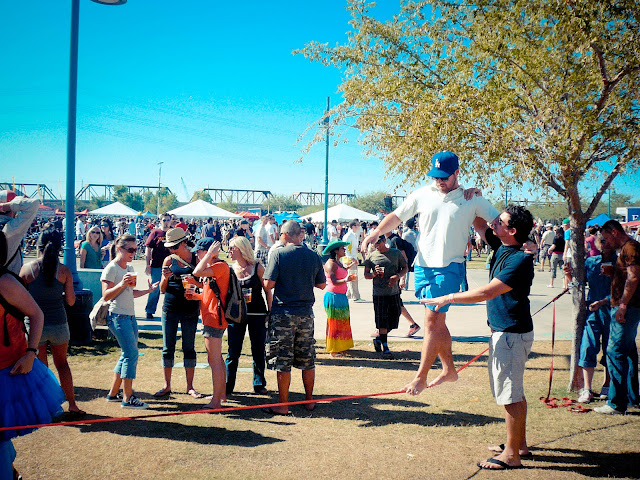 {tightrope walking d with some help from ben} 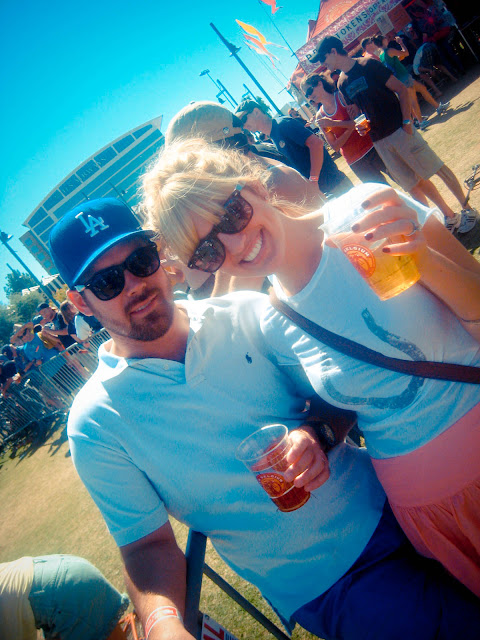 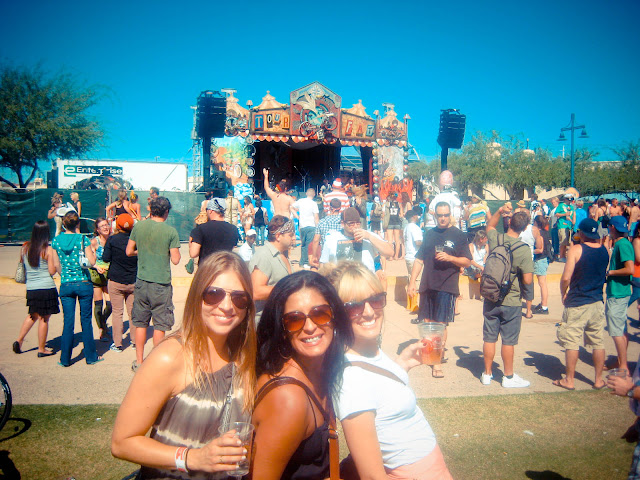 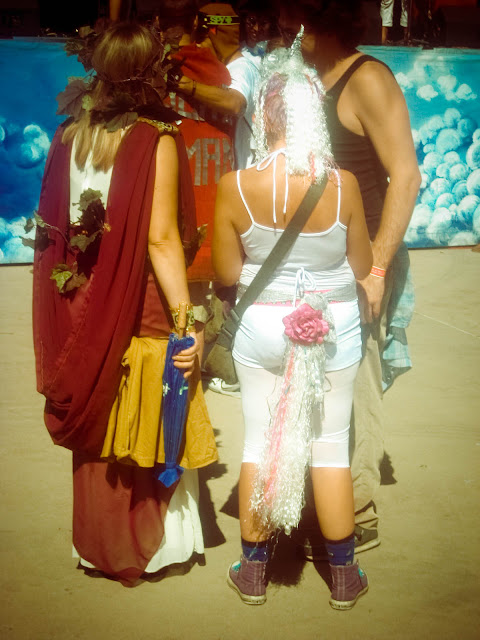 {getting some halloween costume ideas} 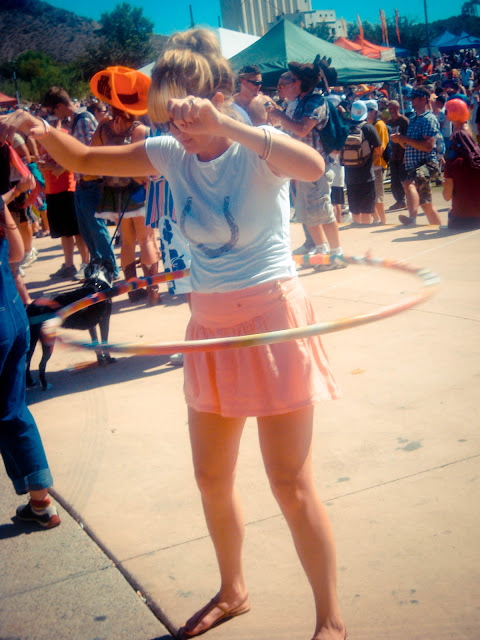 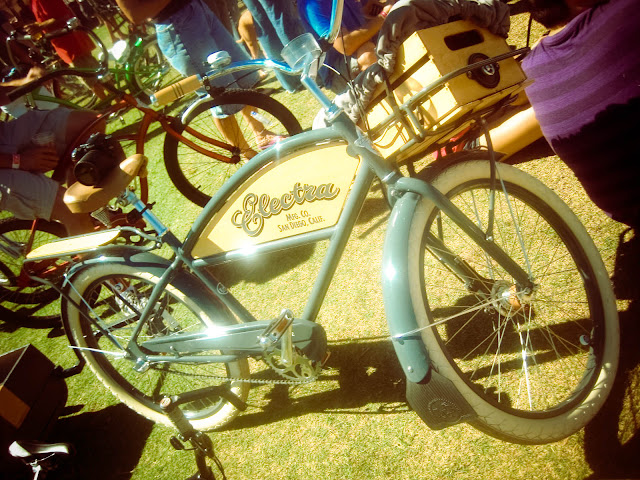 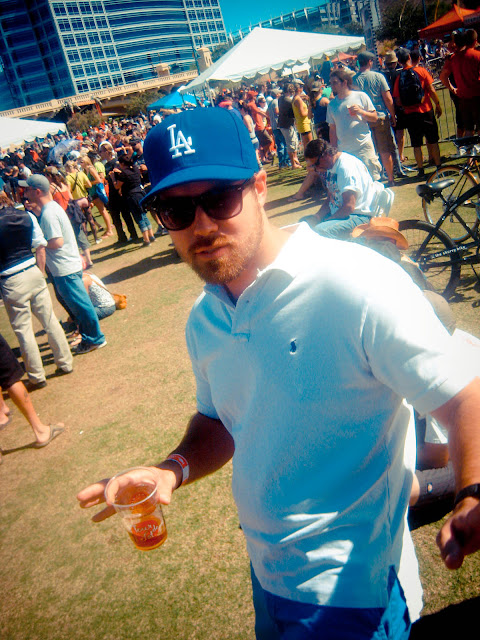 {the tour de ting… this kid was glowing inside the fest. looooved it.}
After the fest we cruised into Scottsdale to check out the Arizona Taco Festival and ended up at The Salty Senorita to keep our buzz alive with beers and nachos. 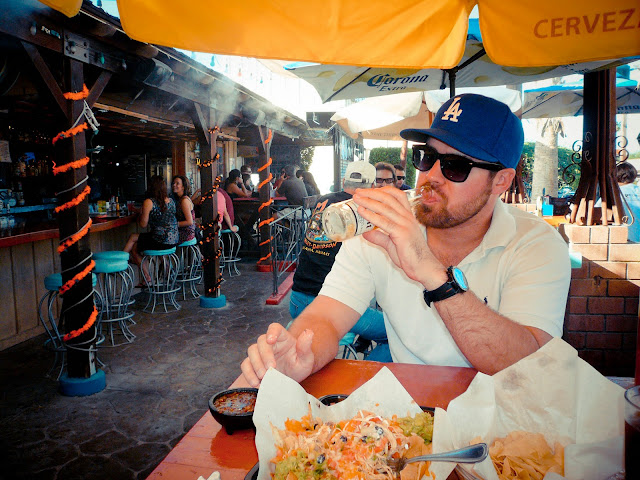 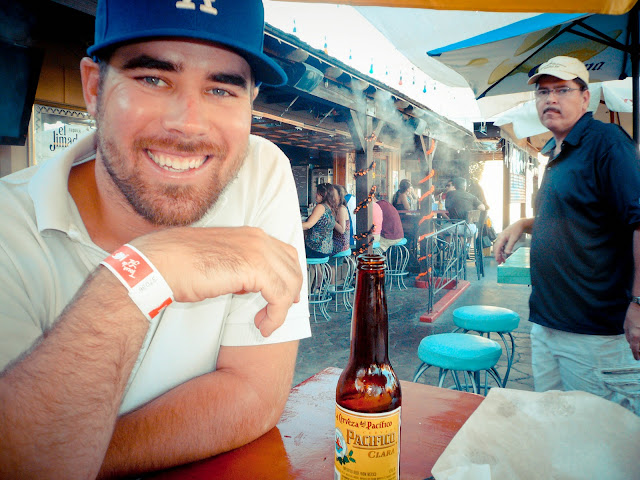