All of my baking attempts usually end in a disaster as evidenced by last night’s attempt at a boxed cake. I’m definitely a “salty” person verses a “sweets” person, so I don’t bake that much and clearly need the practice. Last night, I was craving rainbow chip cake with rainbow chip frosting. Too lazy to do cupcakes, I decided to make a cake, and this was the wrong decision.

I’ve watched my mom flip the cake pan over, get the cake out and put it on the cooling rack a million times. No big deal, right? Yeah, well… this is what my cake ended up looking like. And this photo doesn’t really do justice to the disaster it was. I probably should have just let it cool a little longer, but it was 9:15 p.m. and I wanted my sweets now.

Danny took the second photo after I served him his “slice” – this is before he took a bite. He goes, “are you serious?” To which I replied, “yes, I had a little issue with the cake but it will taste fine. Just eat it.” Yeah… he laughed, grabbed the Oreos and pushed his cake to the side. Rude. 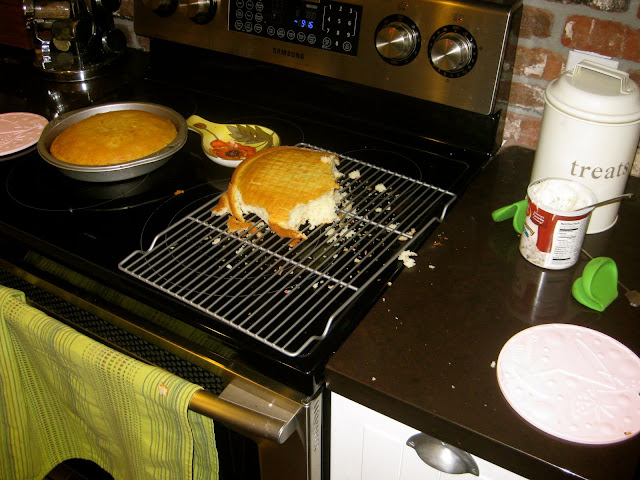 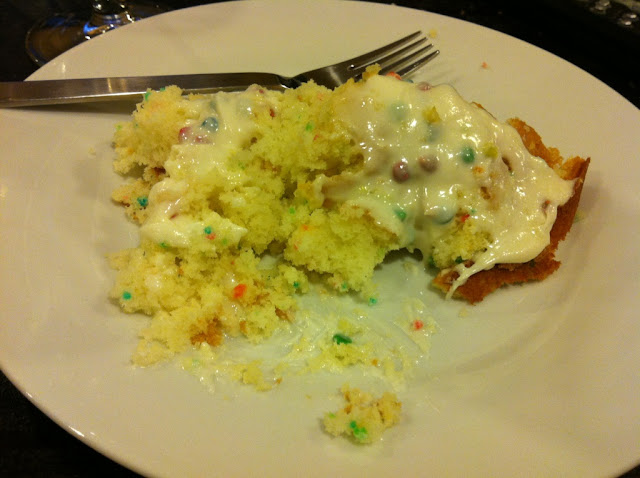