While flipping through a recent issue of Us Weekly I cringed a little when I saw the latest trend included French Bulldogs. Ugh. Don’t get me wrong, I love that people adore Frenchies. I will be the first to tell you that they’re the most awesome companion and encourage you to consider this breed. I’m obsessed with the fact that two of our friends have recently adopted Frogs (here and here) into their family and that even more of our friends are considering them.

But a trend? No animal should be a trend – especially a very high maintenance breed like the French Bulldog. I guess this is my protective mother instinct kicking in! Last month alone, one French Bulldog Rescue took in 28 dogs from people who surrendered them after realizing they weren’t ready for the commitment and costs associated with the breed.

Frenchies rule – but do your due diligence. They aren’t a pair of glittery stonewashed jeans or a belt with star cut outs that you can donate in a year when you’re over the fad (and yes, I proudly owned and wore both of those items). Don’t judge. 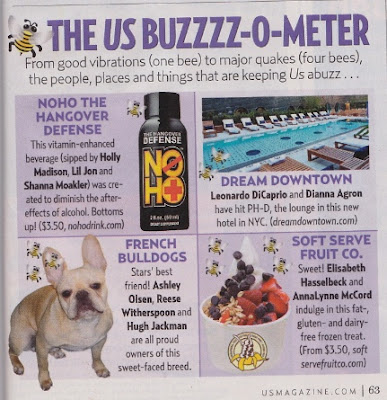 if you are interested in adopoting a frenchie, have you considered a rescue?
learn more about the breed via the French Bulldog Rescue Network here.