When you’re building anything from IKEA it feels like you’re surrounded by cardboard. Now, imagine building an entire IKEA kitchen – not once… but twice. That’s a lot of cardboard.

In 2008, Danny and I bought our current home and completely remodeled it – inside and out. It was down to the concrete, walls were gone, ceilings were raised, the kitchen and bathrooms were totally gutted. When we weighed our options for a new kitchen, we chose to go with an IKEA design. Nothing (besides a totally custom kitchen) could provide the options IKEA could for the money. The self-closing doors, the huge pullout drawers instead of simple shelving, built-in lazy susans, tons of storage and so much more. We really do love our kitchen and its functionality – gotta love the Swedes! In fact, my girlfriend recently talked about IKEA kitchens on her blog.

So after lots of hours at the warehouse and two full truck loads of boxes, we started building the kitchen. I cried – a lot. It was July, we were working on dusty hard floors and there was no air conditioning – again, it was July in Phoenix. You get the picture.

By our side the entire remodel were Danny’s parents. Together, we powered through the hundreds of cardboard boxes and in a couple days we had a kitchen.

{bare bones during our remodel} 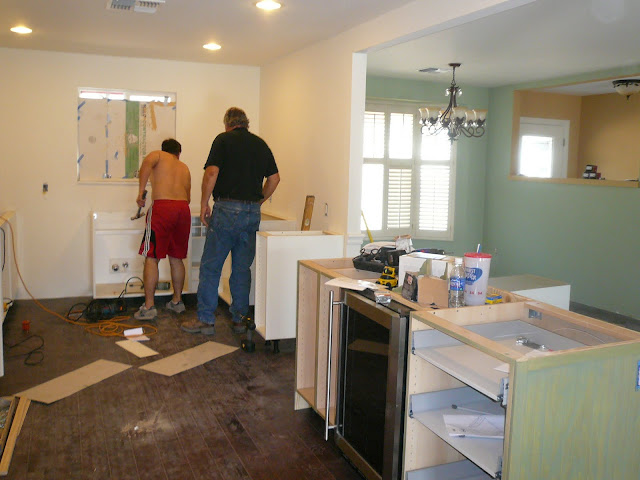 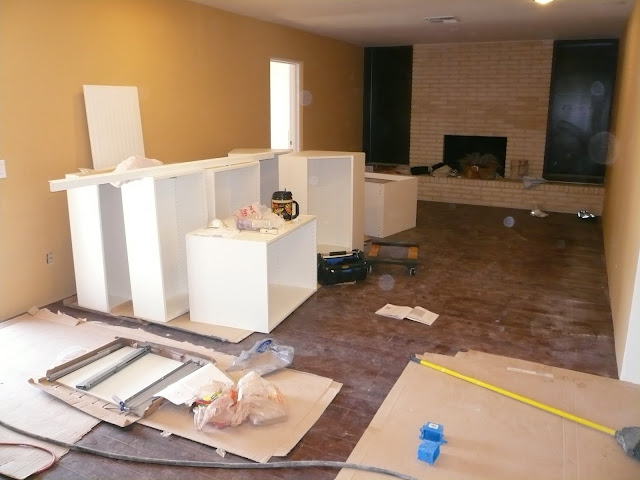 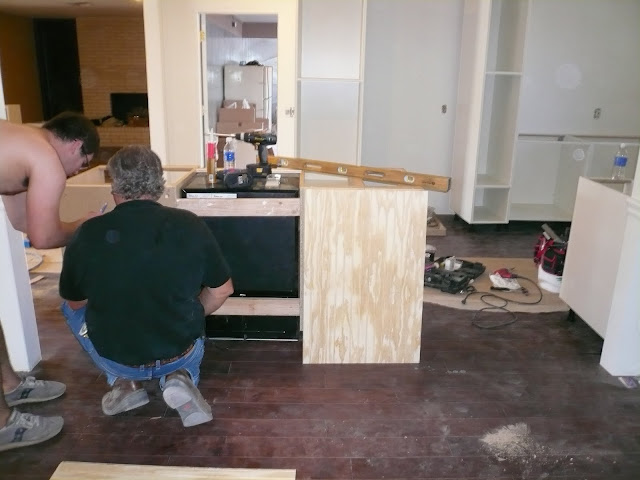 {danny and his dad making my island} 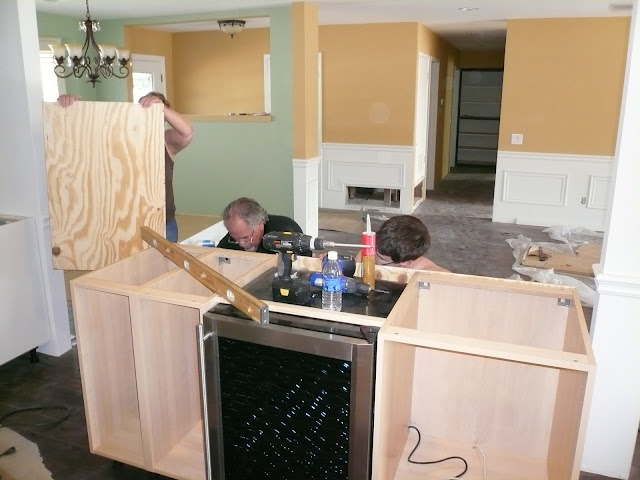 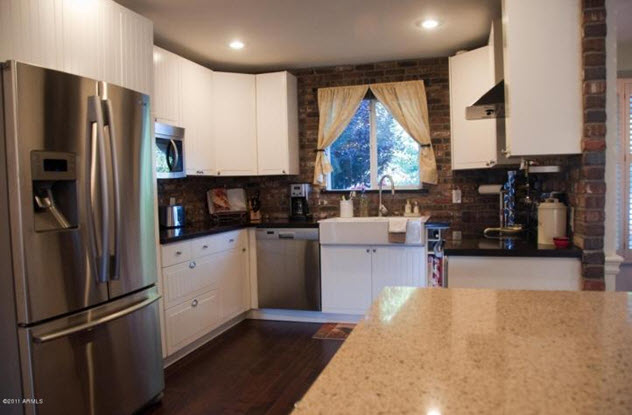 {we opted for two-toned countertops to add some variety} 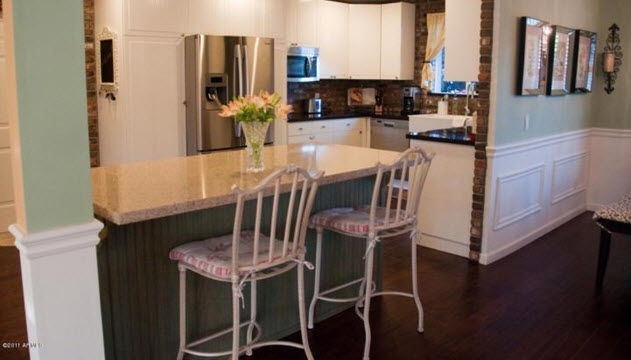 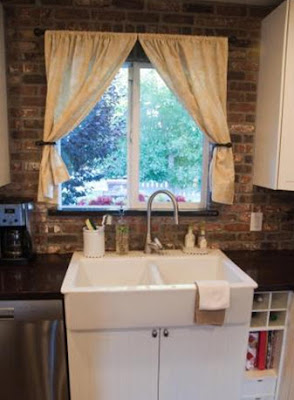 {even our farm sink is from IKEA} 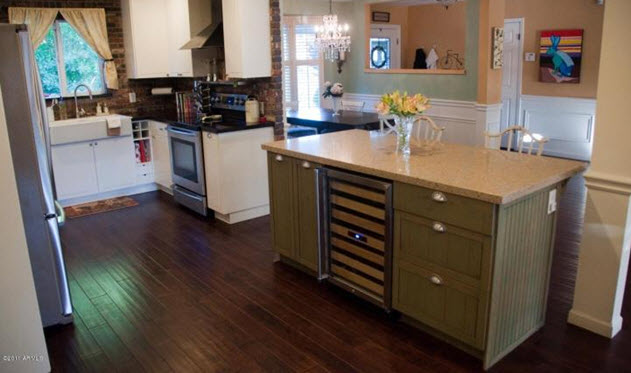 {i wanted an island with a built-in wine fridge. Danny and his Dad used IKEA pullouts to design an island. Vicky and I sanded & stained everything farmhouse green, added beadboard and hardware. Voila!} 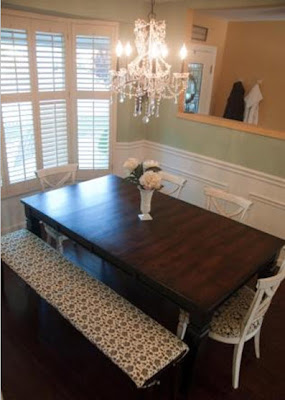 {our green dining room off the kitchen}

Well, fast-forward to this past weekend. Danny’s parents recently bought and renovated a vacation home in Phoenix and decided to go the IKEA route as well. Payback time.

Bright and early Saturday morning, Ting and I headed over to help Vicky & Joe assemble and build their new kitchen. It was much better this time since we all knew what we were doing (could IKEA’s instructions be any more vague?) plus we had carpet, cool tile and air conditioning to work in. In less than a weekend they had a 90% completed kitchen (still missing a few parts, sink and new stainless appliances). 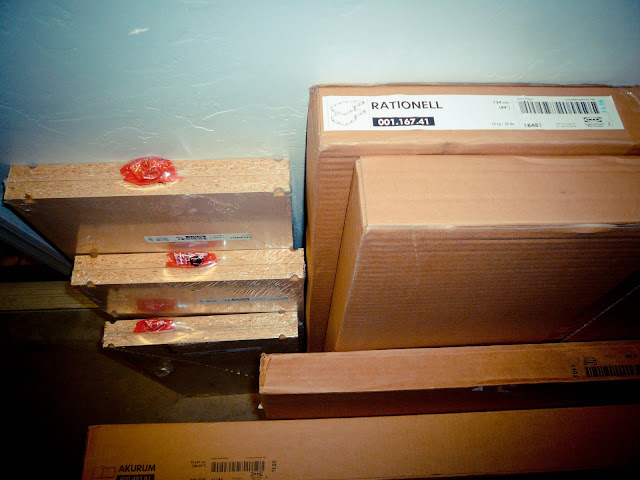 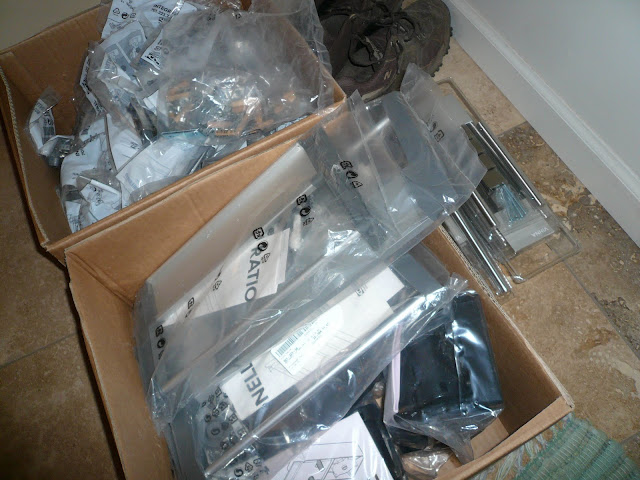 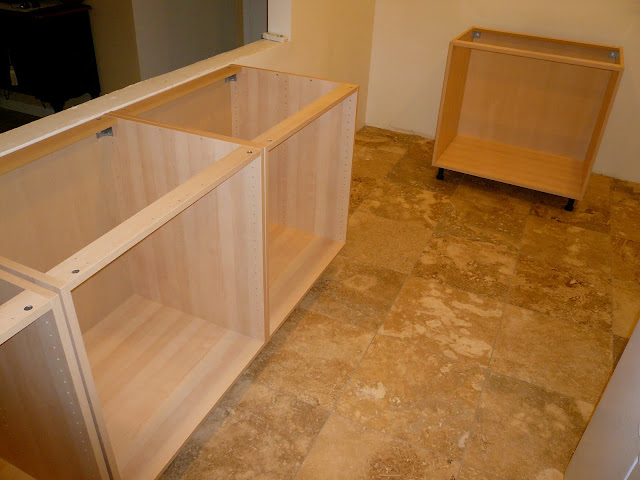 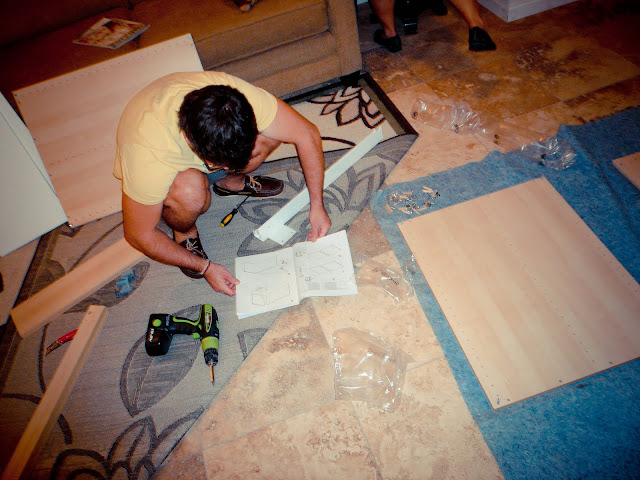 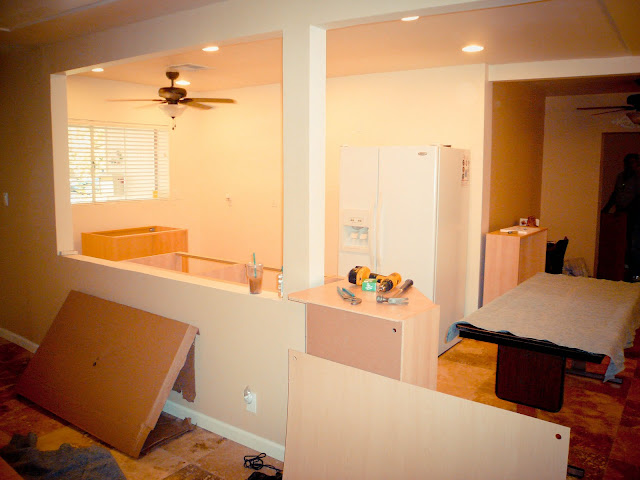 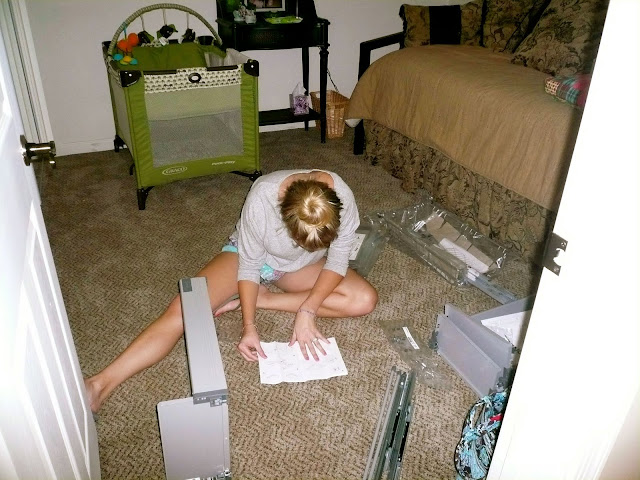 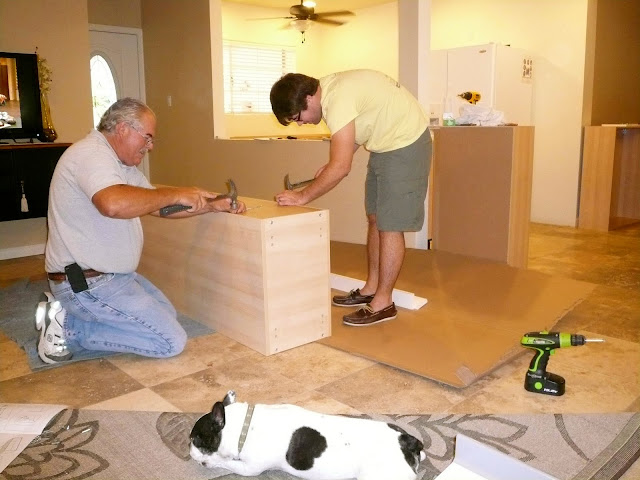 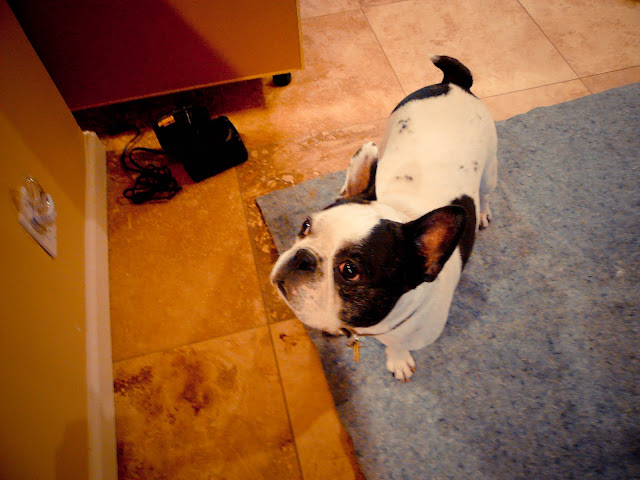 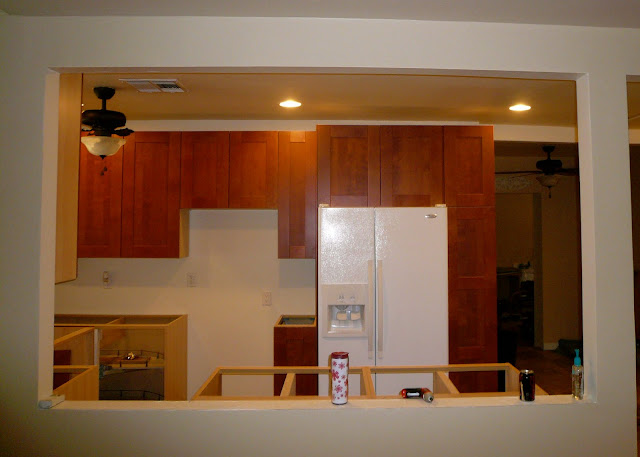 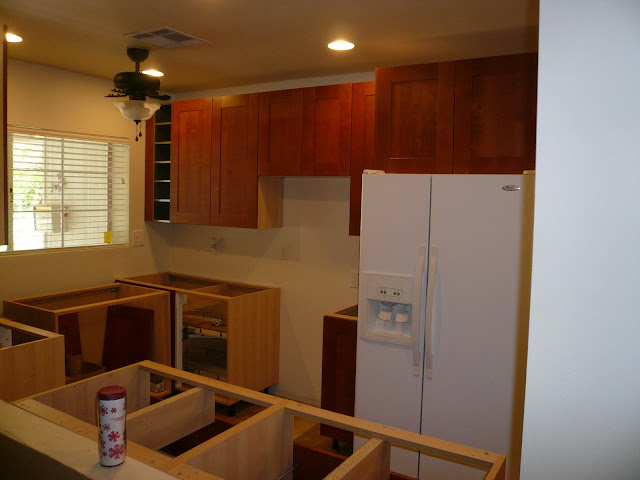 Oh! And p.s. another perk about these kitchens is that if you say… have a grease fire and blow up a few of your cabinets… its super easy to replace just the ones you need. Just sayin’.