well, folks. he did it. ting dominated his 30-day vegetarian challenge. he took it very seriously – in fact, when one of my recipes called for chicken stock, he nicely told me that he wouldn’t eat it if i used it. so off to the market i went for no-chicken, chicken stock (yes, it exists).
after 34 days without meat ting decided to have a burger. we went to Delux so he could splurge on one of his favorites paired with mixed fries and a beer. was it tasty? absolutely. but you know what? he felt terrible and had one of the worst night’s sleep in a while, so he’s back to being a veggie man. he’s lost weight, feels great and is going to stick with it – kinda. he obviously loves meat, so if he wants to indulge in a burger or wings once a month or something he probably will, but for the most part he’s gonna be living a meat-free life.
oh! and i just found out that ting inspired our friends jenny & matt who live in DC to do a 30-day veggie challenge. they’re a week into it. i’m excited to start swapping veggie recipes. 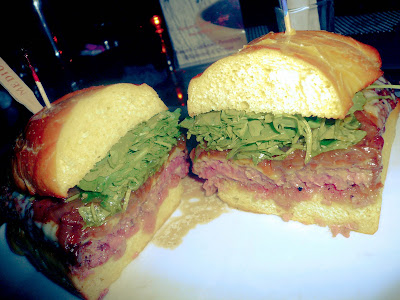 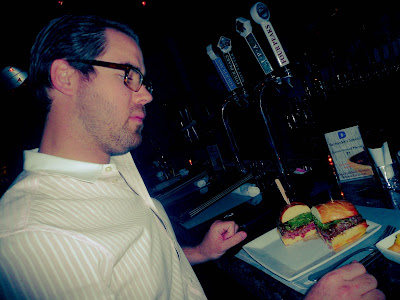 i’m gonna get you meat. 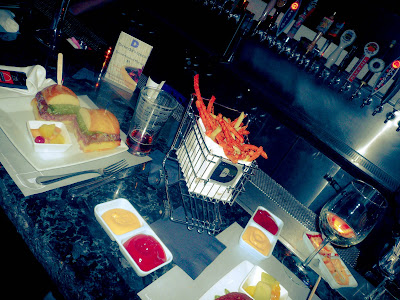