a box arrived with ting’s new tent so obviously it had to be set-up in the house. why yes dear of course we needed a new tent. you know, because we’re always camping (not!)
i married to a man who loves gear. for example, for years i’ve been trying to convince him to sell his tub of nice paintball equipment (including lovely camo attire and accessories) that he used twice in college, but we’re going to hang on to that in case someone wants to go paint balling in the future. no, it’s just because he’s addicted to gear. the man has equipment to do/play/build almost anything. we have an entire plastic tub of cords. yes, like computer cords, extensions, plugs and electrical wires. whatever. i guess that’s how he feels about the old designer handbags i swear i’ll use again one day (but in my case it’s the truth). 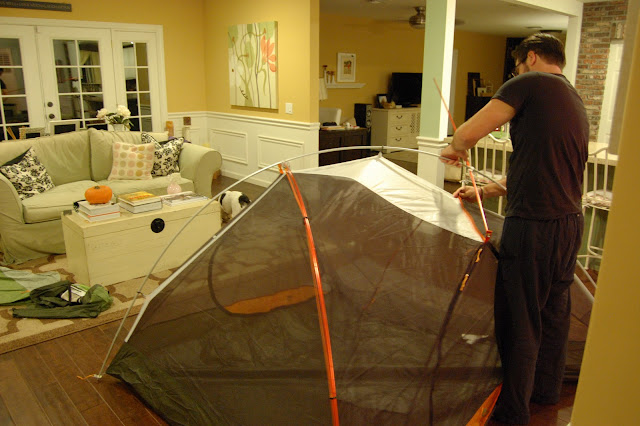 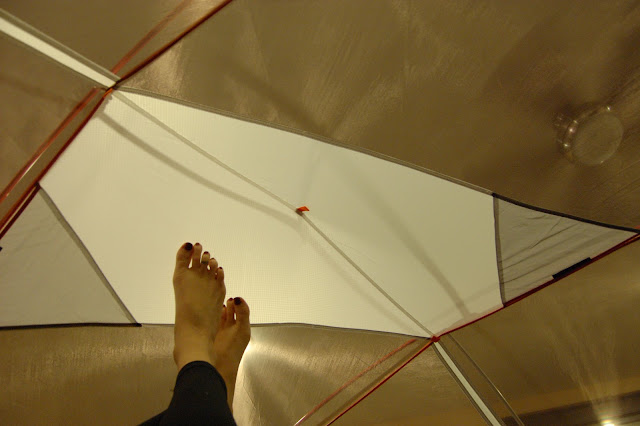 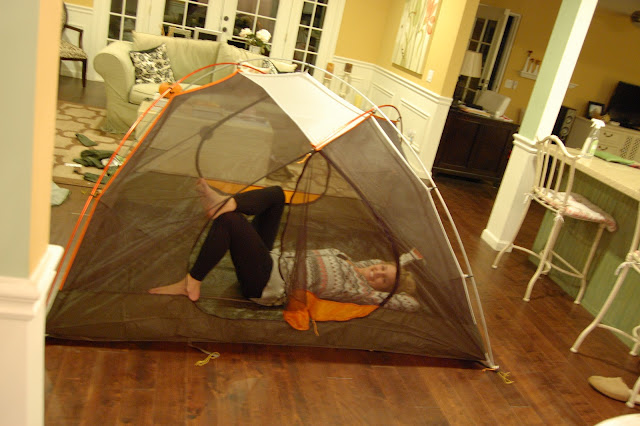