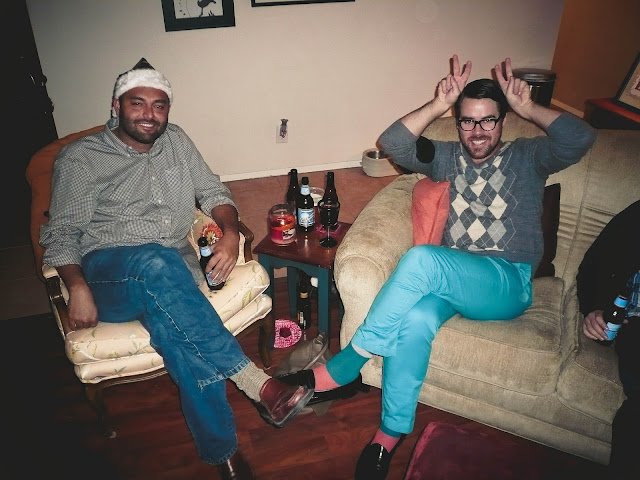 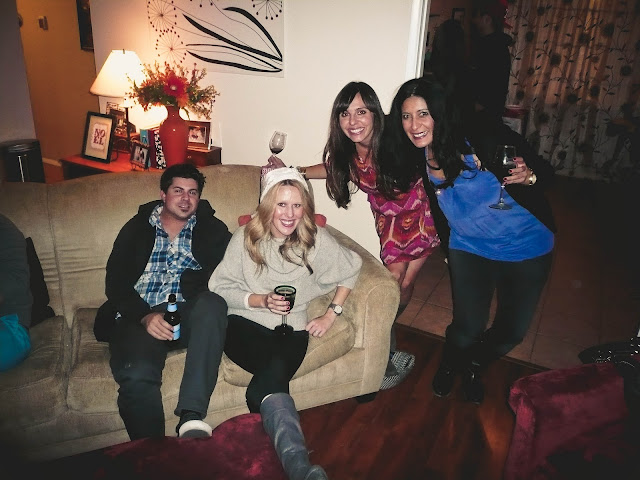 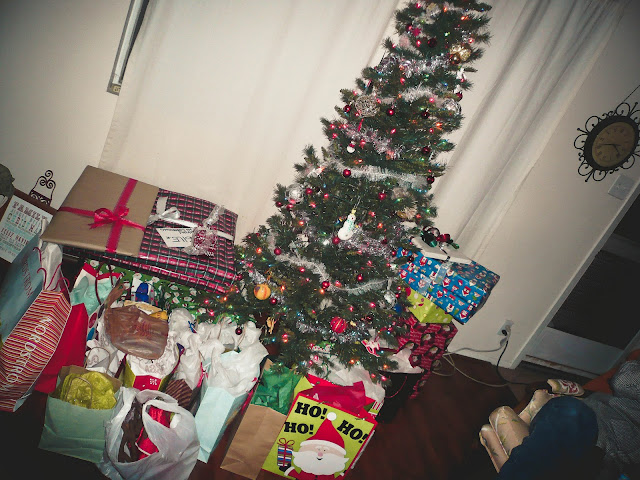 {all the elephant gifts ready for the picking!} 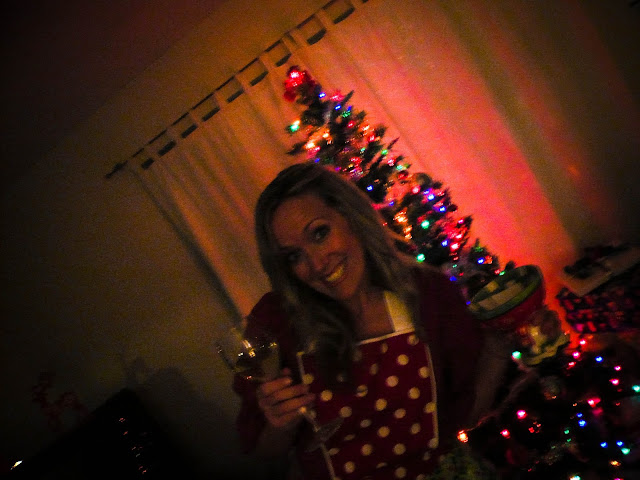 {alicia, the adorable hostess, kicking things off in a holiday hot chick apron} 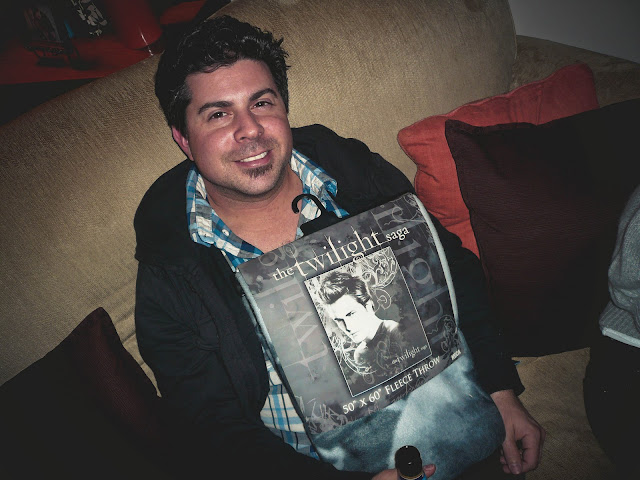 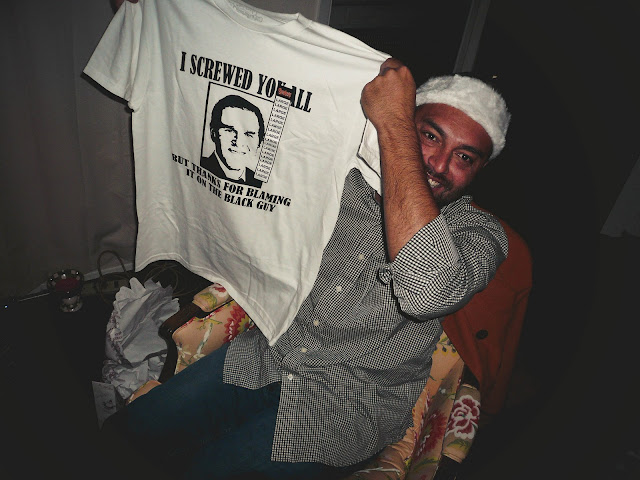 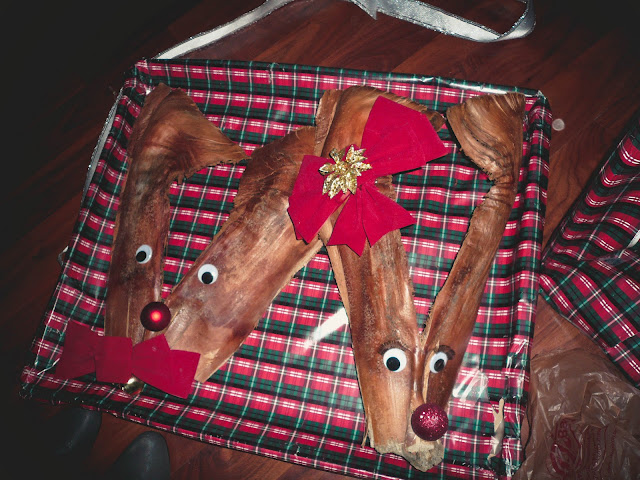 {my gift – palm tree fawns turned into his & hers reindeer. it was hours before the party and i couldn’t figure out what to get (since danny wouldn’t let me buy the remote controlled shark blimp), so vicky gave me the idea to hand make these reindeer. apparently they were popular in the 1970’s & 80’s. b-joe found a couple palm fawns in the alley, we cleaned them up, blow-dried and baked them to get them dry before i started gluing.} 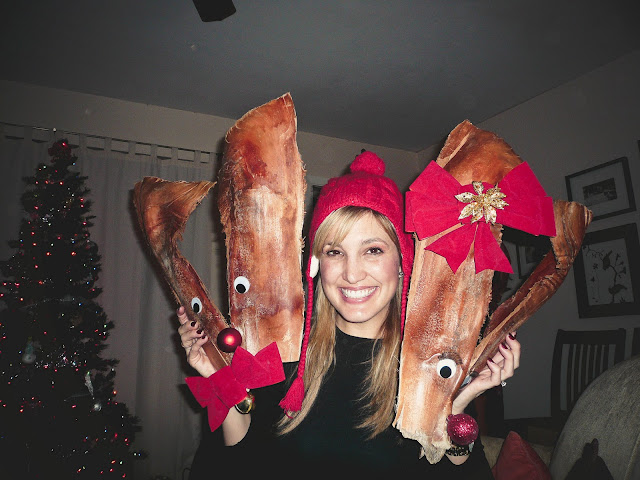 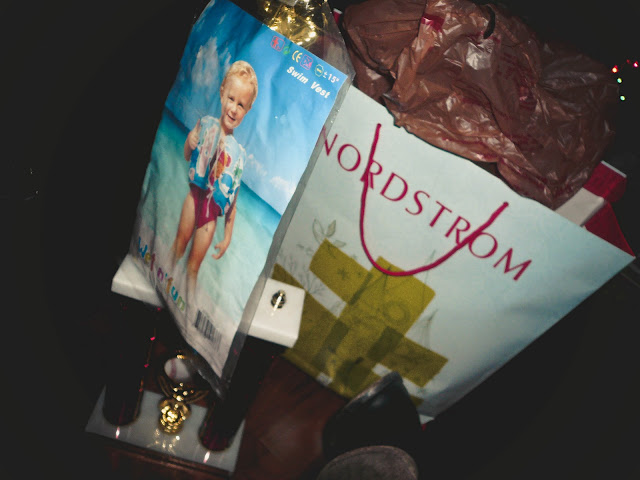 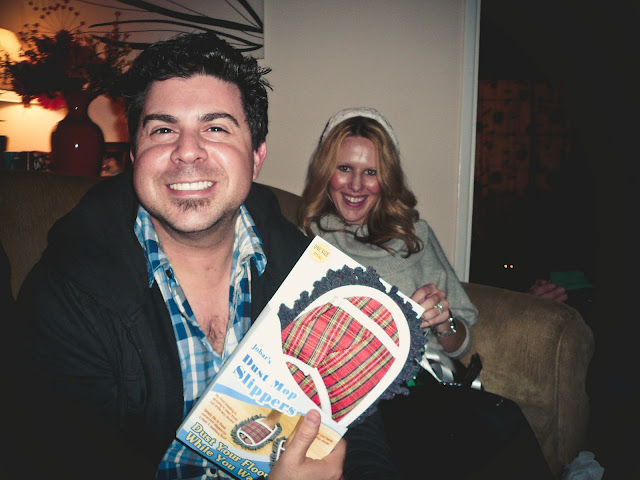 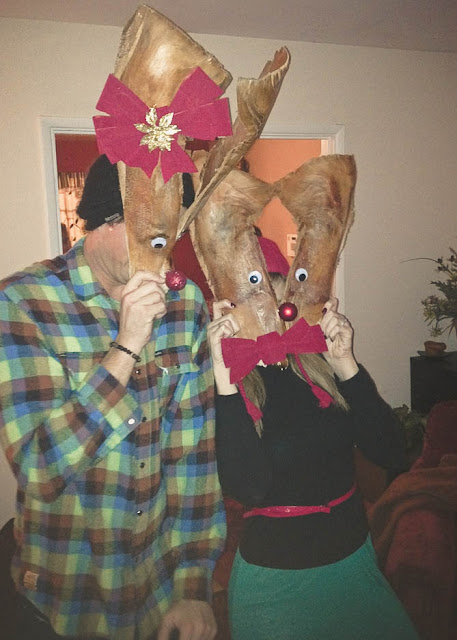 {me modeling the reindeer with a friend} 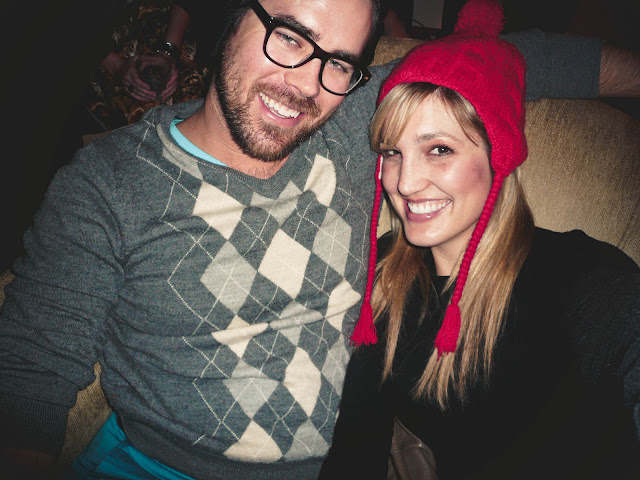 {you can’t really see his ear muffs, but they’re there} 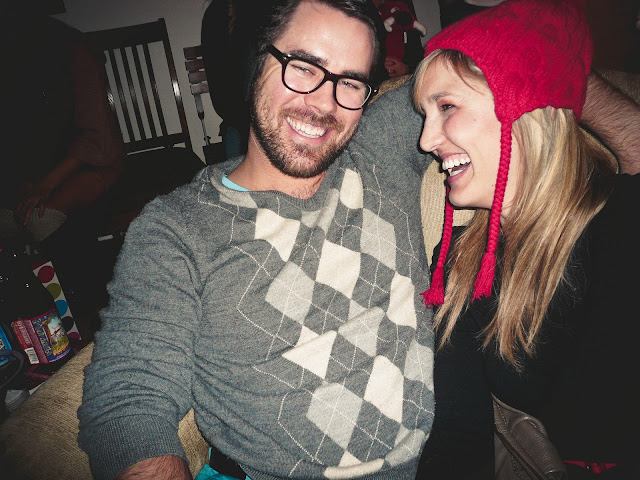 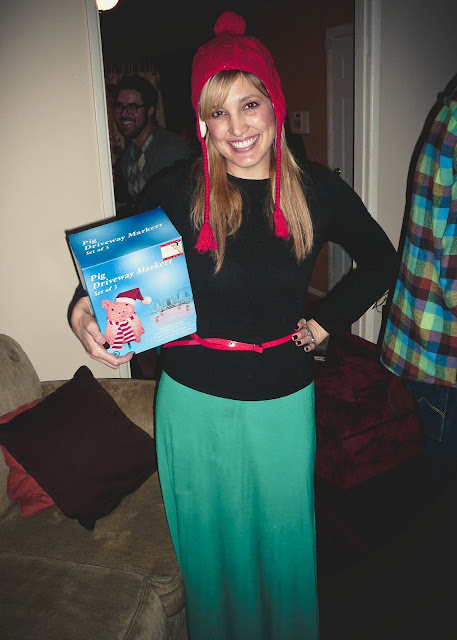 {my sweet ting stole these “three pig driveway markers” for me. yes, i actually wanted them.} 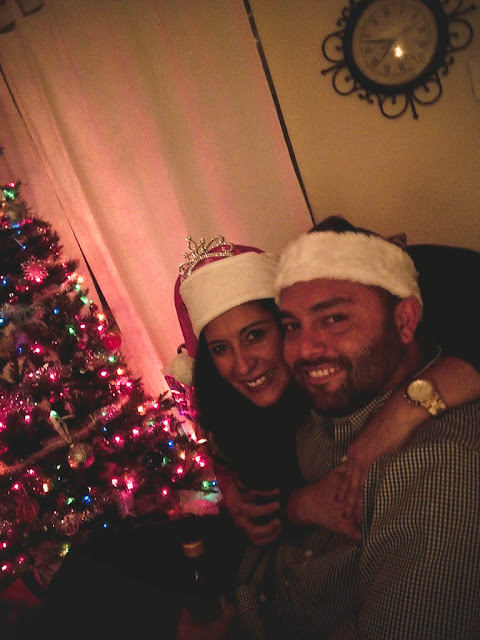