the last time i made it to the top of camelback mountain it wasn’t without tears, naseau and some serious whining. it was back in 2006 with danny, dan & tiffany and i haven’t completed the hike since.
for some reason i suggested to we give it a whirl again before it gets too hot (we’re already in the mid-80’s here). d loves hiking so i knew it’d mean a lot to him, plus i figured it’d be a good way to burn some calories (let’s be real, i don’t do this for the fun of it). i also wanted to challenge myself to complete this phoenix staple. so, we planned a low key friday night movie date and were up early for breakfast and a hike on saturday morning.
i did complete the 3.5 mile tough hike… yup, all the way to the top! was i secretly staring down at the Phoenician pools wishing i was laying out with a cocktail in hand? absolutely. were there two times that i started pouting and wanted to stop and turn around? yes, sir. but when we got pretty close to the top and i sat down and wanted to turn back, danny said that it was my decision, but reminded me that a) there’d always be an asterisk next to this hike and i wouldn’t be allowed to claim we hiked camelback mountain b) i would feel so much more accomplished if i just pushed myself all the way up. so after a few minutes, i just kept climbing (and told the next hiker i saw to feel free and trip the guy behind me). i was kinda serious.
of course i’m glad i pushed through. the views were beautiful and the sense of accomplishment was awesome. ting was super patient and pushed me just enough. i’m not a speedy hiker, but on the way back down the mountain, i started doing a little “trail running” and danny thought i was badass. what i didn’t tell him is that i was jogging on any flatland to get the hike over with as quickly as possible. {a photo of camelback i took on this beach cruiser ride. i love this photo.
holy crap, i ended up standing on the top of that high hump!} 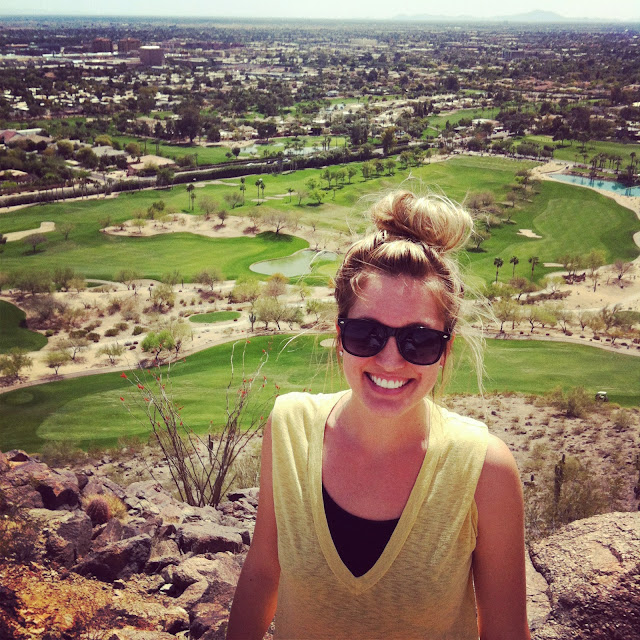 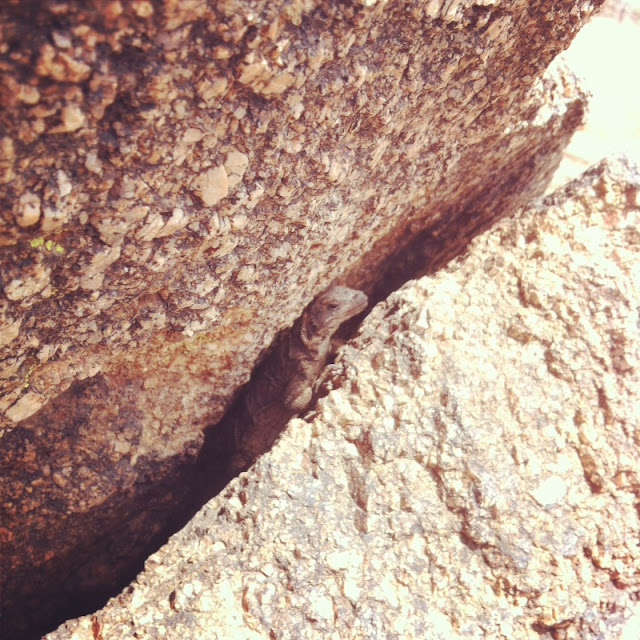 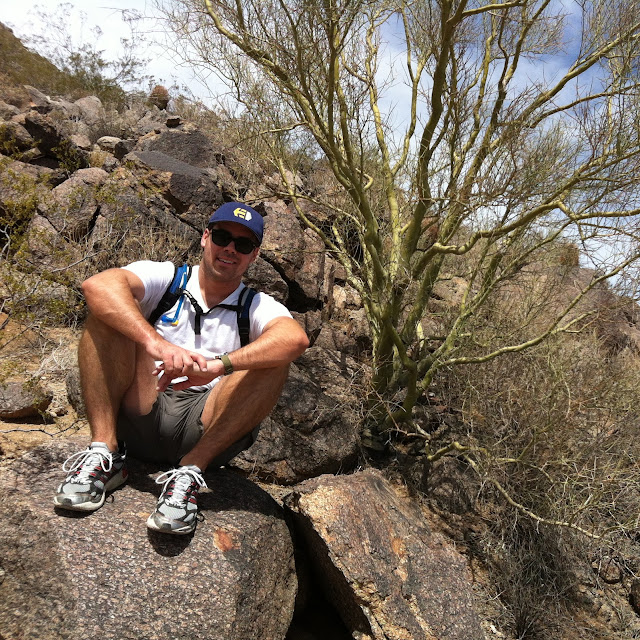 {the most patient hiker friend. very patient and helpful} 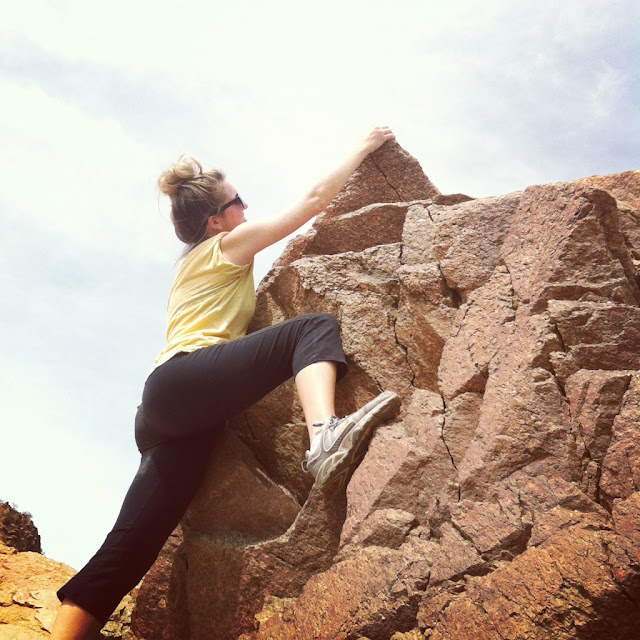 {camelback is not an easy hike. i’m not just saying that. it’s a lot of crap like this} 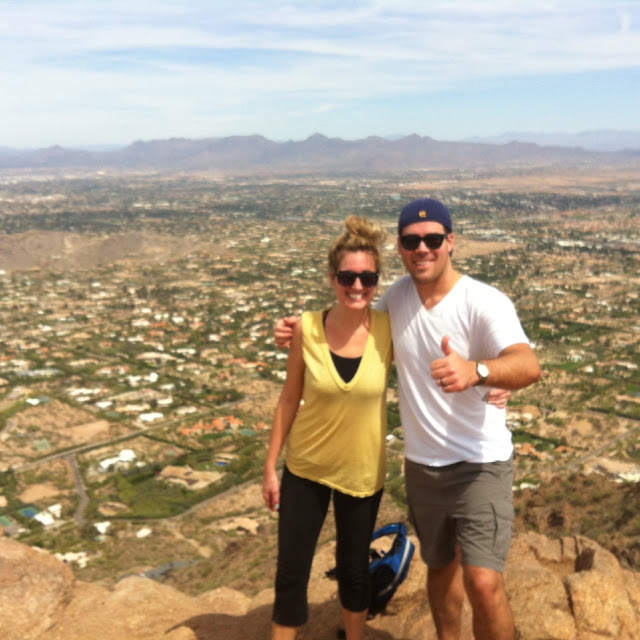 {we made it to the top! here’s the evidence to prove it} 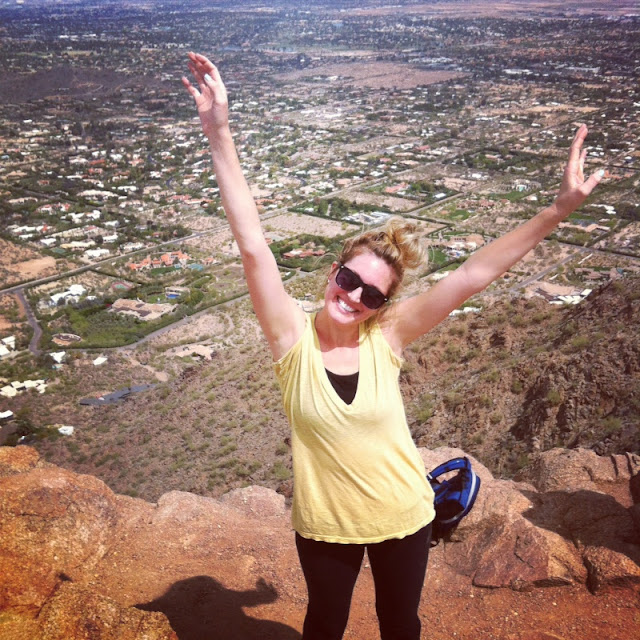 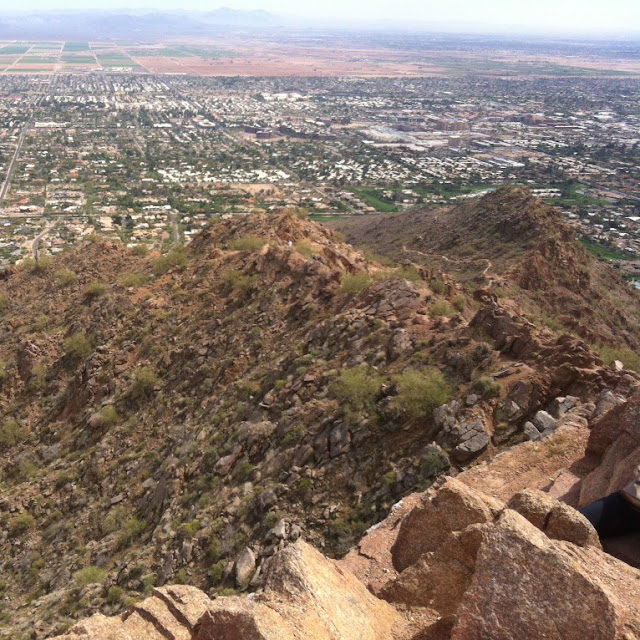 {looking at the little ants on the mountain… that’s our route back down. ugh}
danny was documenting our journey via Instagram and friends who know my past experience on Camelback Mountain were hilarious and commenting all the way…
Jenny: Did our girl make it to the top without tears?  Yes? Woohoo!
Dan Lovitz: Way to go Teri! No puking….
Tiffany Lovitz: Don’t cry Teri. I know it’s difficult but try and power through.
Lacey: Yay! Go TL!
Lisa: I got about halfway one time and cried my eyes out… Way to go t!
you guys rock. get it, rock?