the tuesday after coachella is tough. the insanely anticipated multi-day music extravaganza is over. you have to hug some of your dearest friends goodbye. the adrenaline that’s kept you going around the clock for four days is gone, and the exhaustion kicks in just as you return to your office job. its time to remove your wristband, zillion friendship bracelets and your watch goes back to keeping time of office meetings – not concert times. the clash of the two worlds couldn’t be more polar. it’s almost surreal.

but today’s tired is all worth it. we just had another weekend of a lifetime. a weekend filled with more smiles and amazing moments than some people will probably experience in a lifetime.

we’ve got tons of photos, videos and stories to share and they’ll be coming soon. until the, look who’s photo is popping up around the web in places like the Connecticut Post and Houston Chronicle. 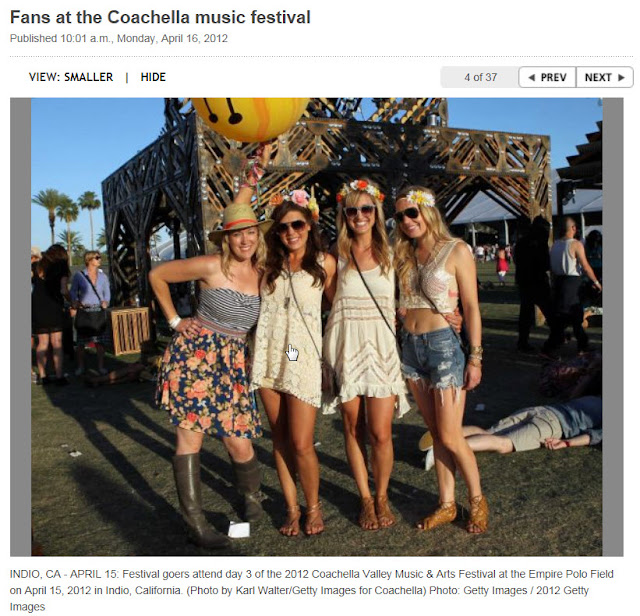 {we finally saw Alicia on sunday, and she was exploring with me, Colby & Jenny when a photographer with Getty Images asked to snap our photo. Colbs, Jenny & me had an unplanned lacy & flower crown look goin’ on. note the guy face planted and “resting” behind us – hahaha!}
“We” are also being spotted in some other awesome images around the web. And by “we” I mean our undeniably awesome balloons strapped to Colby. Here are two in the OrangeCounty.com Coachella slideshow. 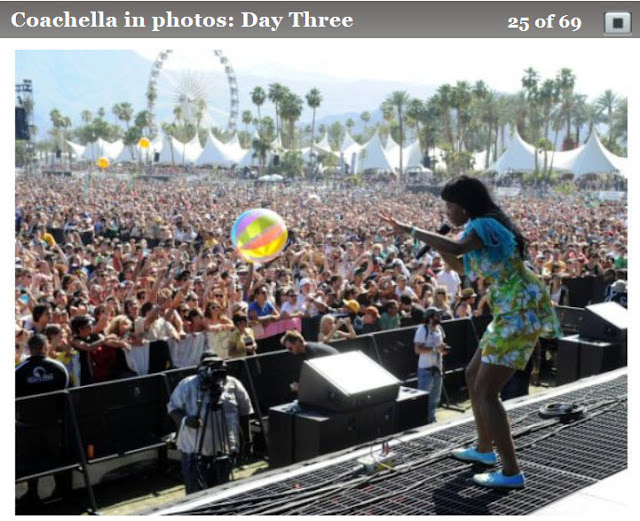 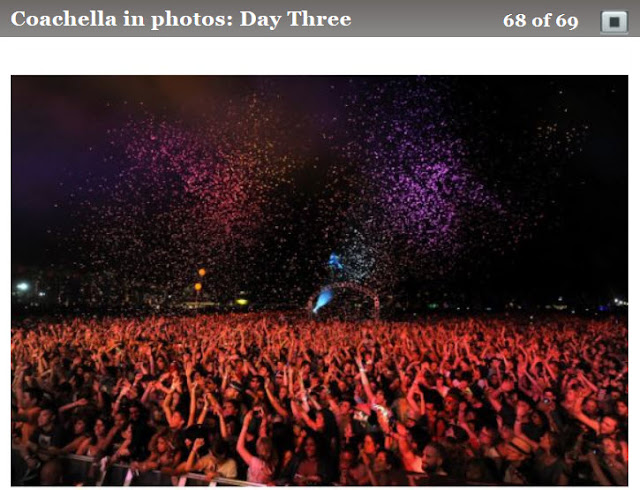