danny and i were the only people in our family who hadn’t done the hellgate river excursion yet, so mom booked us for a saturday run on the rogue river. leading up to the trip danny kept ripping on it and joking that we were going to be surrounded by those people screeching and putting their hands up as we did 360-spins on the river. but like most things, it ended up being really fun despite the temperatures going from sunshine and warm to rain as soon as the boat pulled away from the dock. our guide was hilarious – so funny that danny retained everything he said as evidenced by d citing all his new knowledge of the rogue and josephine county during dinner later that night. 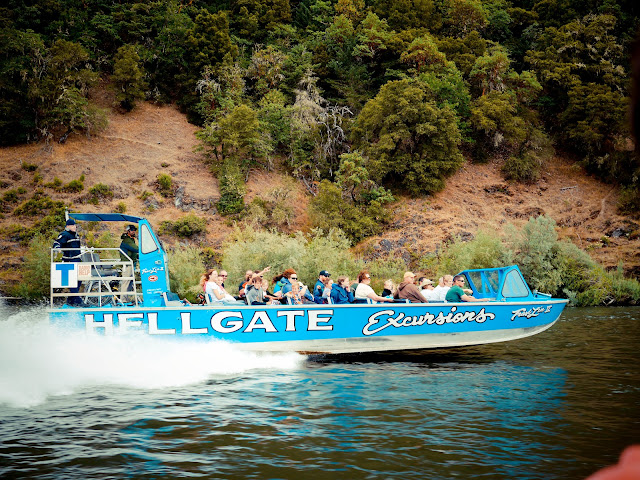 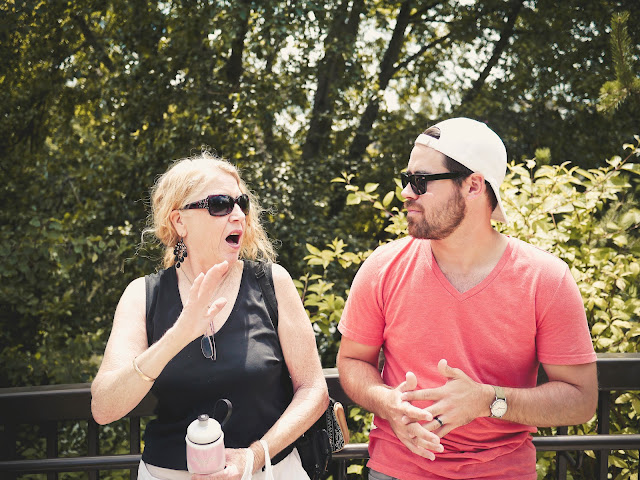 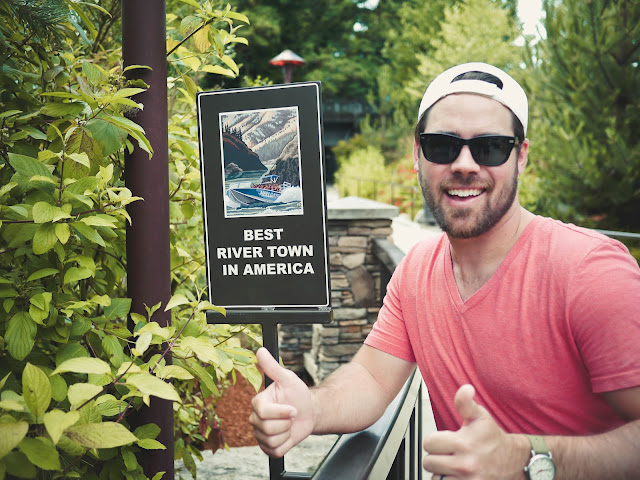 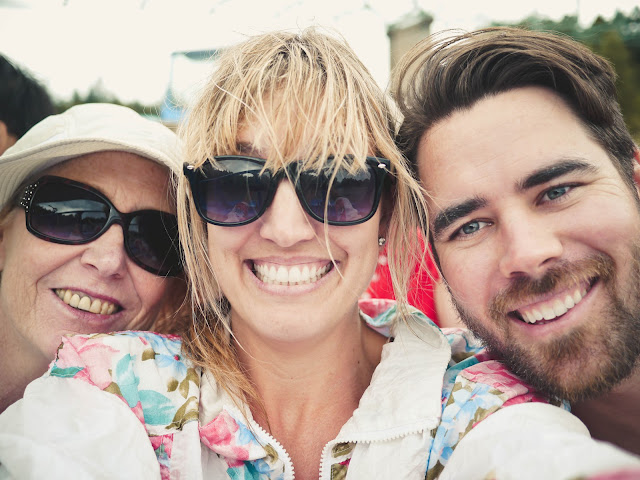 wet rats. and yes, that’s an awesome 80’s floral windbreaker with shoulder pads. and thank god mom had it. 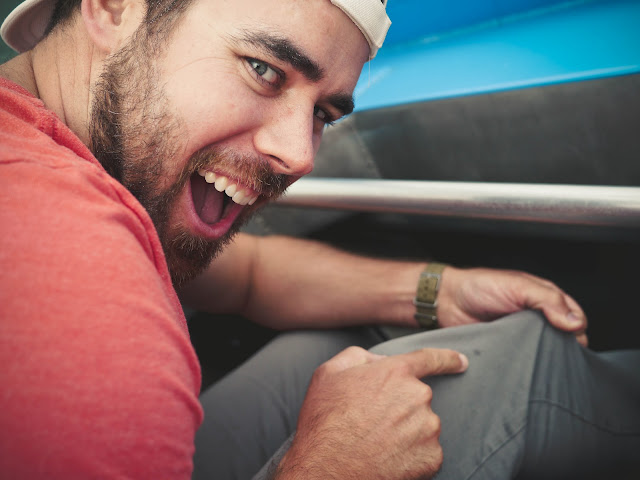 we sat in the front row and the other side of the row was drenched from spins. we lucked out. that’s danny’s single water drop. 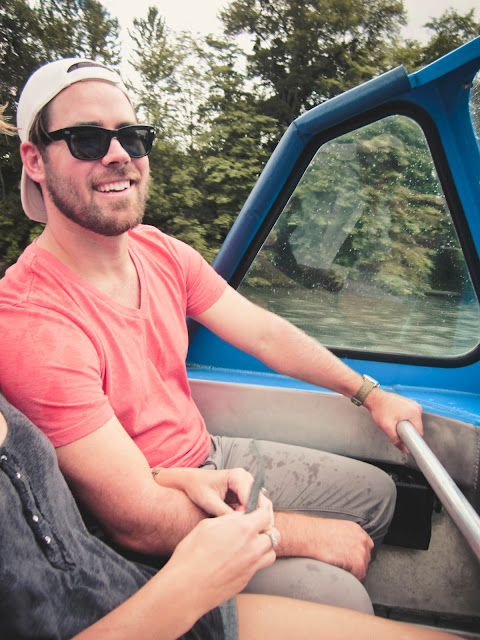 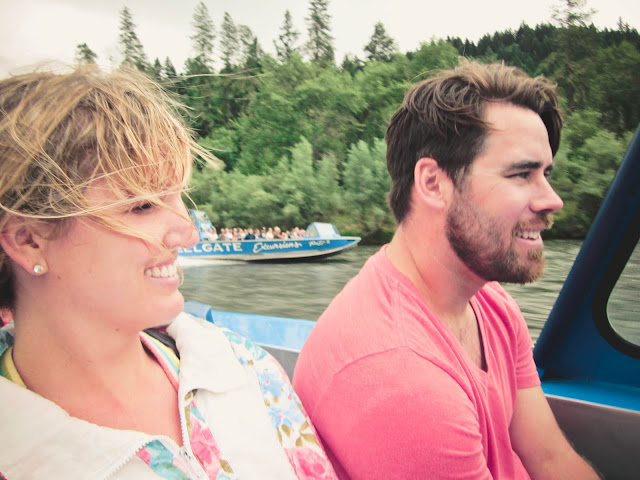 wet and then air dryed bangs is an awesome look. 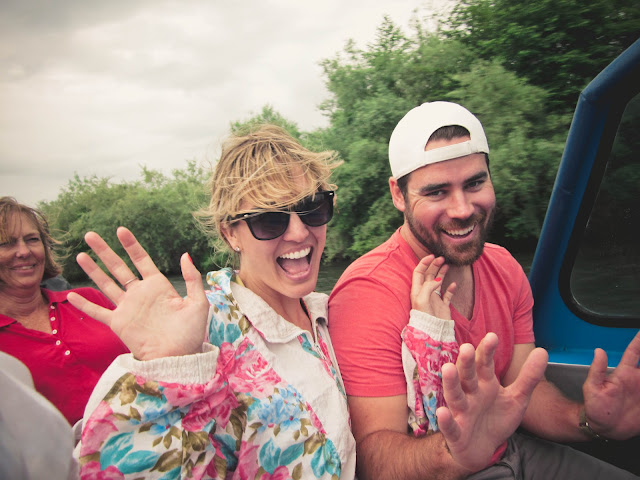 oh yeah. put your hands up! now we’re those people. 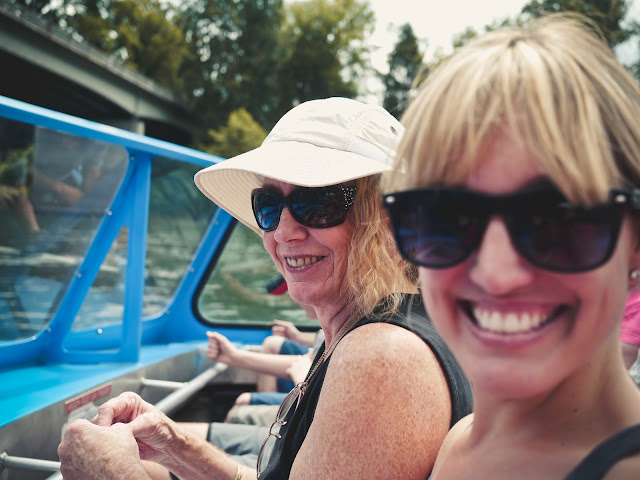 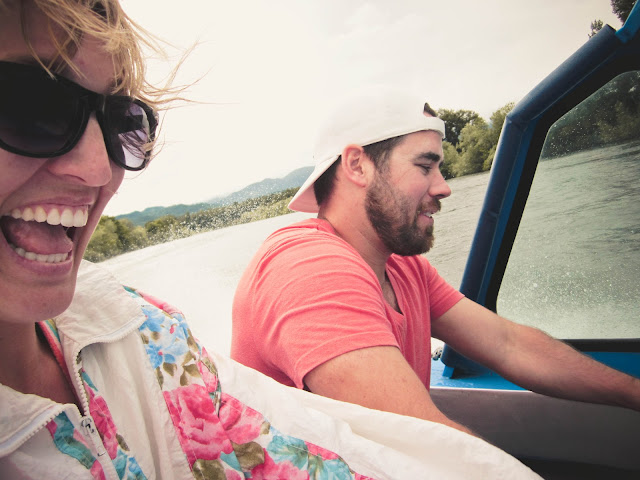 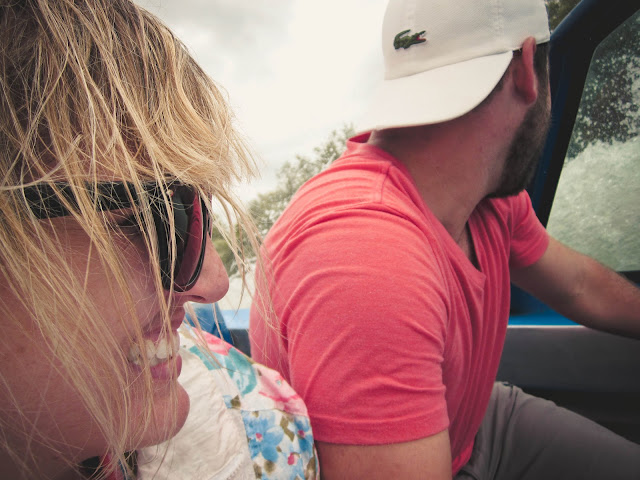