not the two you’re thinking… 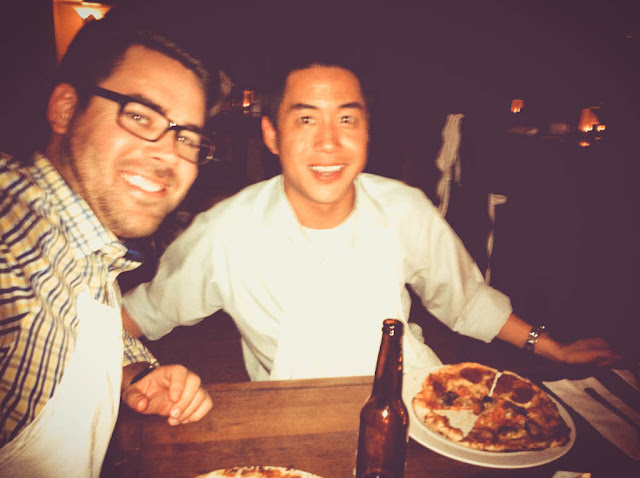 … danny and kayman, say cheeeeeeese (literally).
a couple of weeks ago danny let me know that he’d be home later than usual because he had cooking class with his friend kayman that night. oh, okay.
one romantic thursday night, danny and kayman spent two hours together at the classic cooking academy sipping wine and learning to make the “world’s tastiest homemade caesar salad and pizza.”
kayman said it was the best pizza he’d ever had. danny, um, got a little aggressive adding cheese, so his sentiments weren’t the same, but he did come home with some awesome make pizza-at-home tips….
1. if using a pizza stone, pre-heat it in in a super hot oven and then put your pie on it for just a few minutes.
2. do not mess with your dough too much. the more you manipulate it, the more elastic it will get.
3. a little sauce goes a long way. 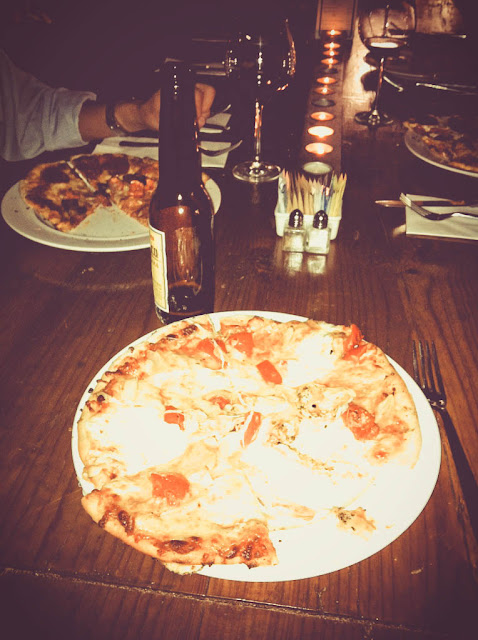