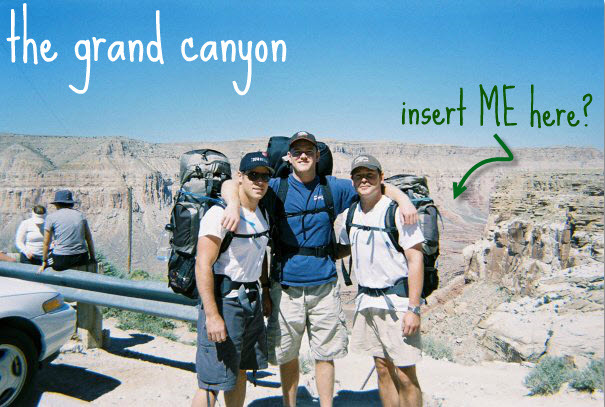 i’ve been having an internal mental dilemma for the past couple of weeks.
a few months ago, danny got invited to hike the grand canyon with some buddies. he’s done it before – many times – and loves it. havasupai, the waterfalls, the camping, the pre-packaged weird food, the hiking gear – it’s right up his alley.
well, a couple of weeks ago danny learned that unlike past trips, this isn’t a guys only invite – it’s going to be a co-ed excursion, and in fact, most of the guys’ girlfriends are going. my immediate reaction: damn it.
“pleeeeeeaaaasssseeee will you consider going with me?” begged my husband. “sure, i’ll consider i replied.”
the truth is, i panicked. it’s not a well-kept secret that i’m not super outdoorsey or one to physically push myself. that being said, here’s the deal. there are major marriage points on the table. i genuinely know this would be a highlight of danny’s life if i actually hiked the grand canyon with him. and i know that if i actually agree to do it, that i’d *probably* be glad that i did it and feel like a total badass.
danny and i have always pushed each other to do things we’d typically pass on. like when we were looking at a waterfall in hawaii and he said – we’re going to go hike up it and jump in. of course i was perfectly content taking some photos of it and just moving on, but instead of saying “nah” like i wanted to, i strapped on my water Keens and jumped in. and of course i’m so glad i did. sheesh teri.
i keep going back to this moment. do i just suck it up and add “hiked the grand canyon” to my life list? would be pretty cool. but definitely easier said than done.

danny was convinced that i had ruled it out completely, but i honestly haven’t. so yesterday i joined the group on a training hike and you know what? it wasn’t that bad. we’ve hiked enough lately that i did pretty good. like, for real. it got me thinking – maybe i can do this. i’m not 100% there (mentally or physically), but after that hike i’m a lot more serious about considering doing it.

i’m less nervous after yesterday’s hike than i’ve been before. sunday’s hike helped me realize that i’m not going with insane hikers, but people in the same shape as me that want to experience something totally rad and different (have you guys seen photos of the falls? incredible water). it’ll be extremely hard, but there will be mimosas waiting at the end (we totally went to a champagne-fulled brunch afterwards). my kind of hikers. 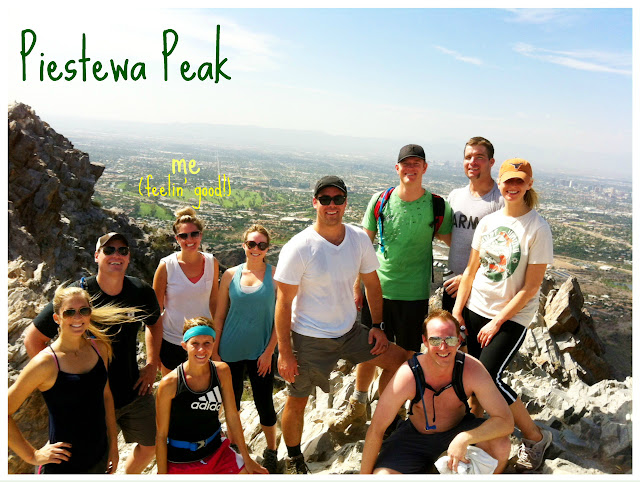 and back to those wife points – it was so obvious that danny has never been so in love with me as he was to see me take on squaw peak mountain (about) and actually have some fun doing it.

the scary part is that once i hit the road to the grand canyon, there’s no turning back. (although my girlfriend carlyn did inform me that i can get helicoptered out for $70 – i mentioned this to danny. he thought i was kidding. i’m dead serious.) i know it’s going to be a mental game as much as a physical one. if i decide to do it, i need to be into it.

the other part that is a little insane to me is that after all the hiking, it’s not like you get to check into your hotel and lay by the pool – no, each day you’re in the canyon you’re camping and hiking other trails to go jump in waterfalls. crap. (oh, and it doesn’t help that danny and my girlfriend were recently swapping grand canyon horror stories about scorpion stings and gigantic spiders with bodies the size of your fist crawling all over your sleeping bag).

i wish i was one of those badass girls who didn’t need to think twice and was “totally up for it” – but i am. i’m just being real. i’m up for a lot, but i’ve been super nervous about this one. i want to do this for danny – i really do. and i’m mustering up the courage to push myself into the challenge – but yikes. without a doubt, it will be the hardest thing i’ve ever done in my whole life.


thoughts? i welcome them. 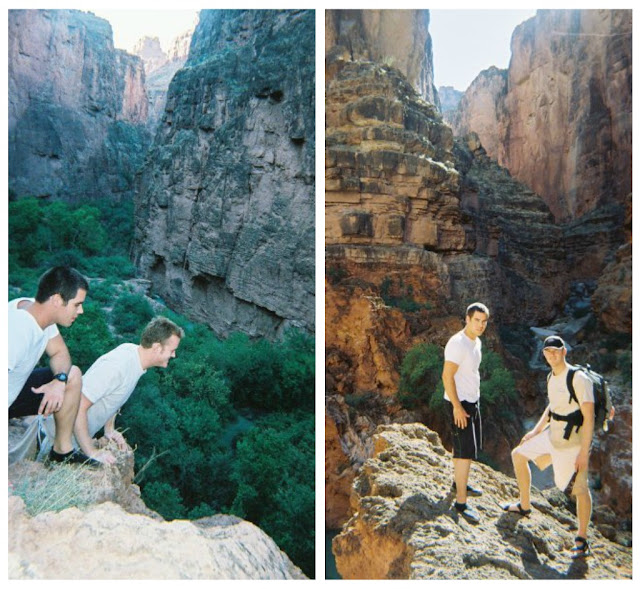 old photos from danny’s his first grand canyon hike to havasupai falls. he looks like such a baby.
﻿