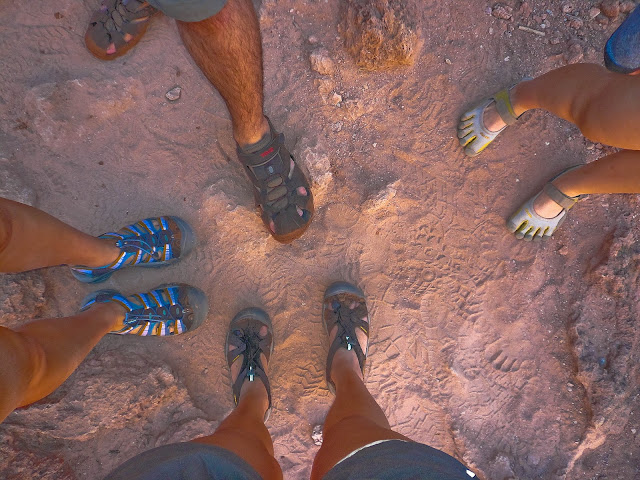 okay, so mooney falls is best know for the hike down to it. it’s straight down and you hold onto rusty chains to keep yourself steady. danny was behind me to talk me through where to put my feet and where to grab on to. casey was right above me and was loving danny’s direction as well. not gonna lie, it really gets your heart rate going, but it’s pretty thrilling at the same time. 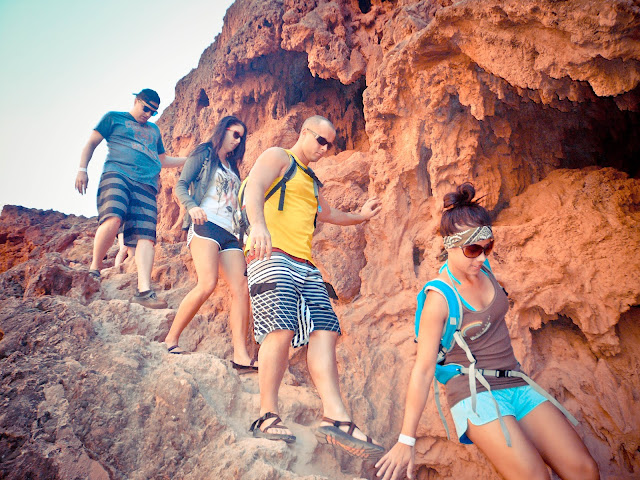 walking down to the main “chain” area of the hike. 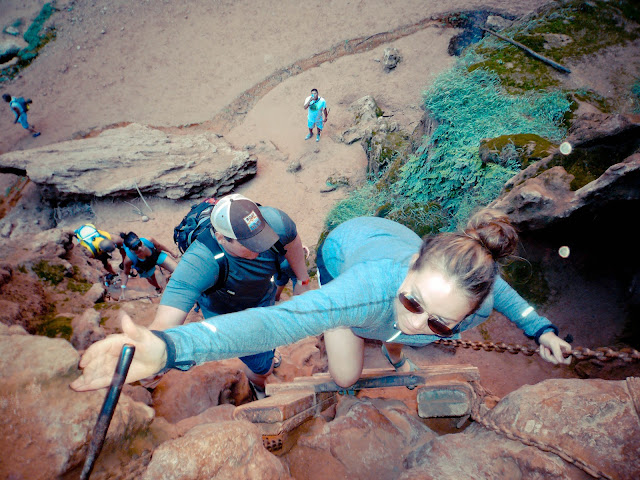 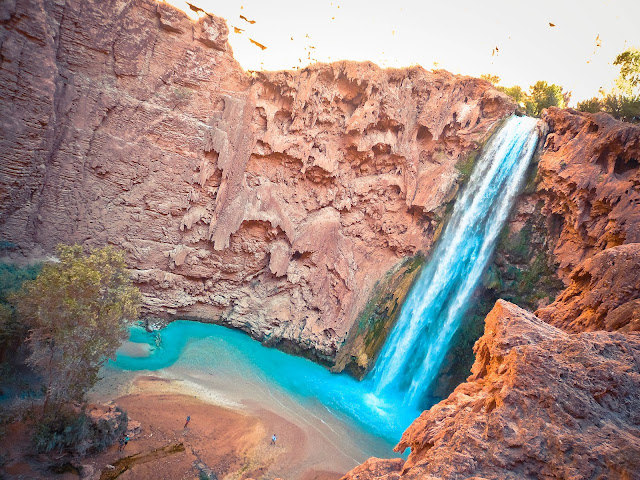 but then it’s totally worth it because you see this. 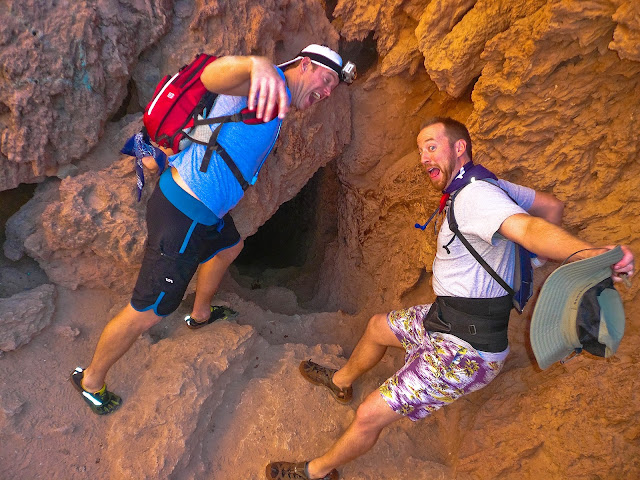 travis and grant getting ready to go through the rock wall caves. 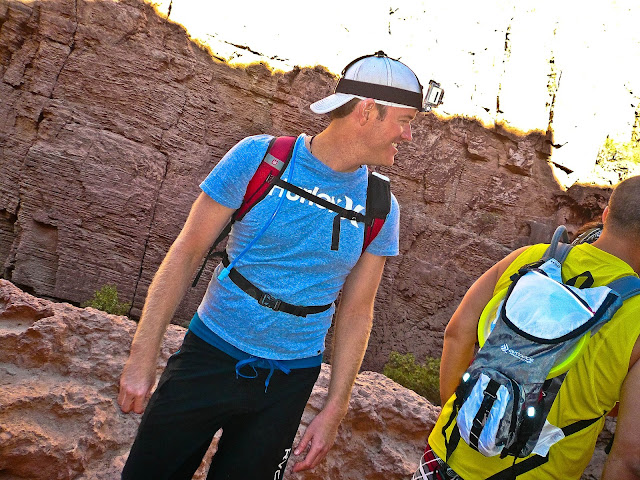 travis, the birthday boy! loving it. 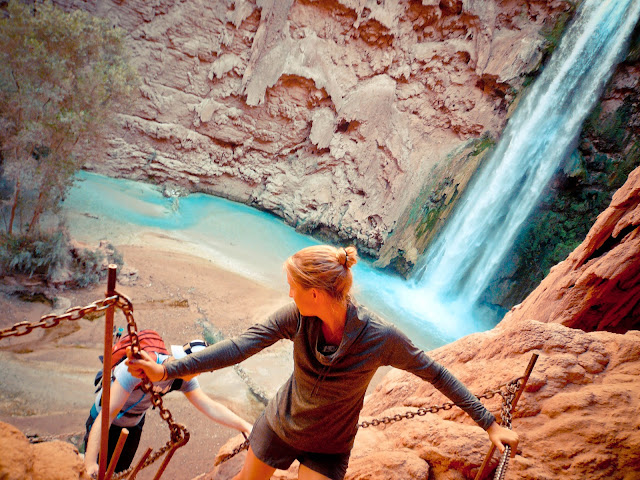 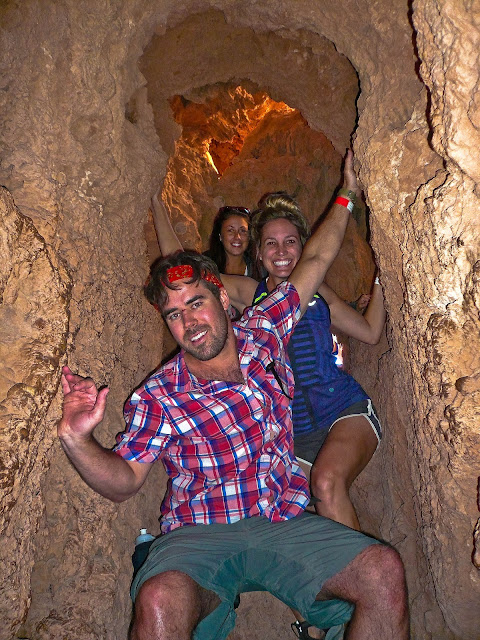 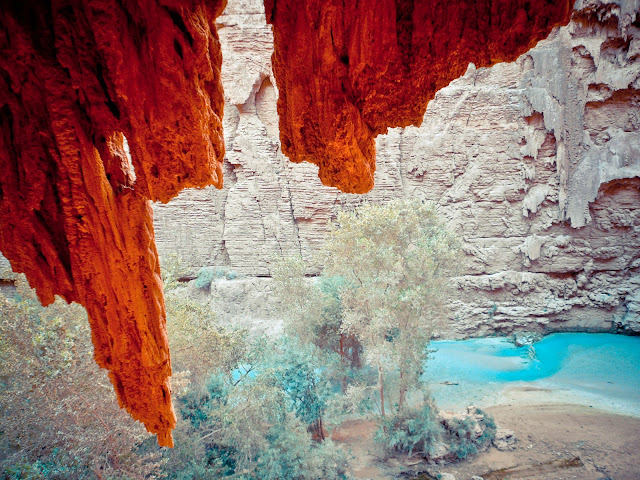 looking through the cave. 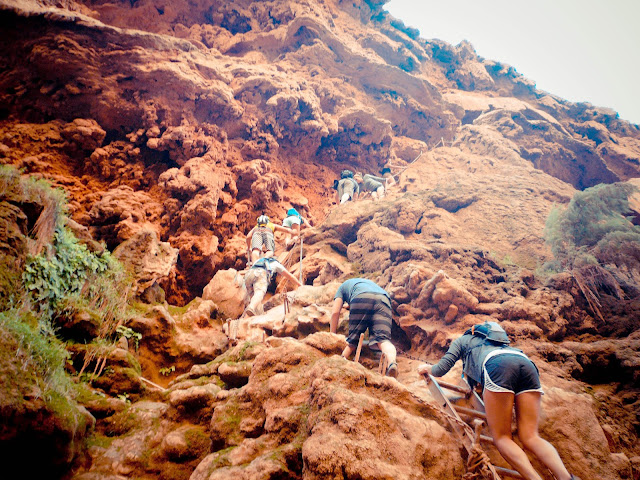 slow and steady wins the race… three points of contact at all times! 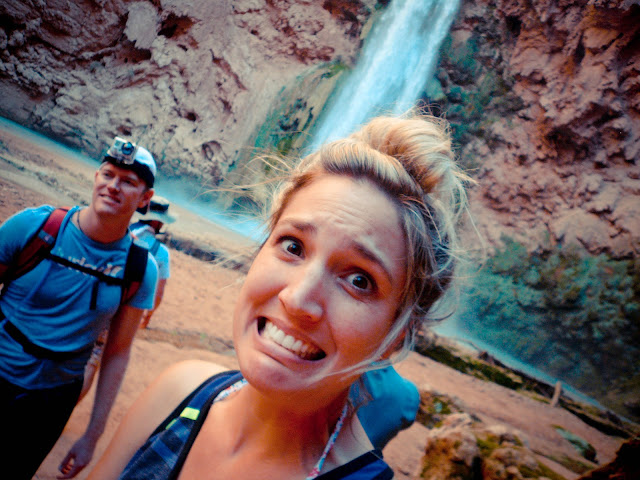 how i felt right after i got down! 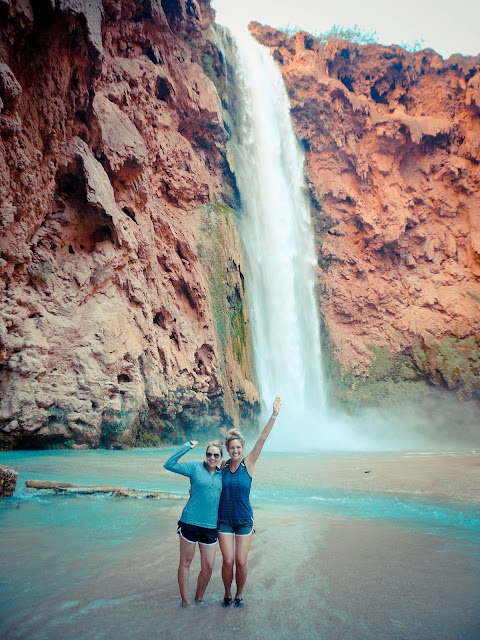 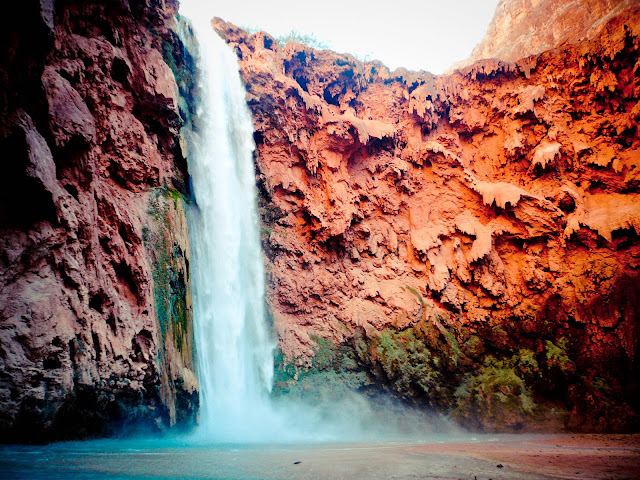 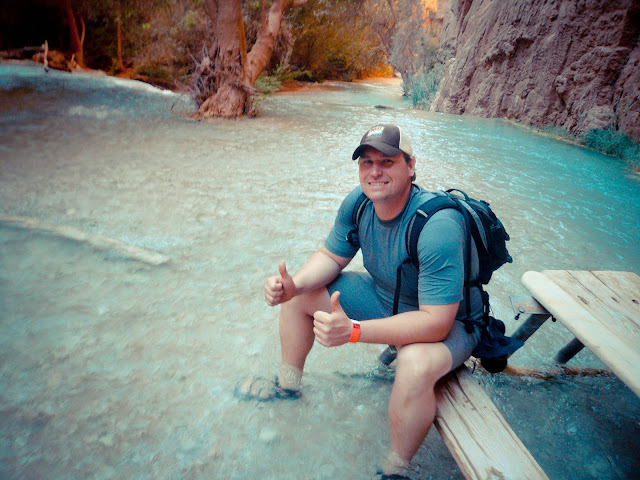 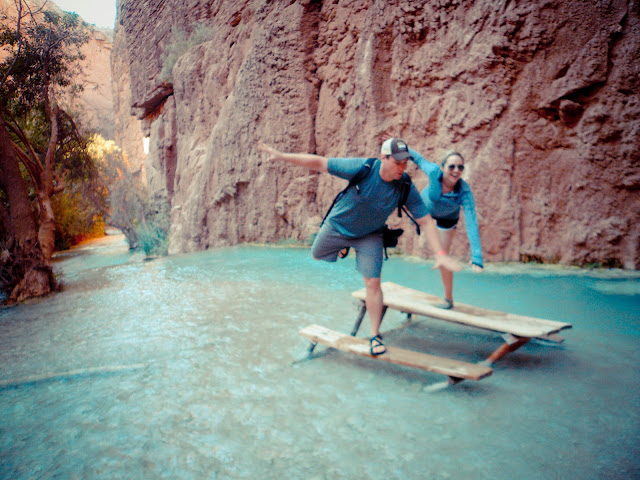 we’re assuming the bench ended up there after the big flood. 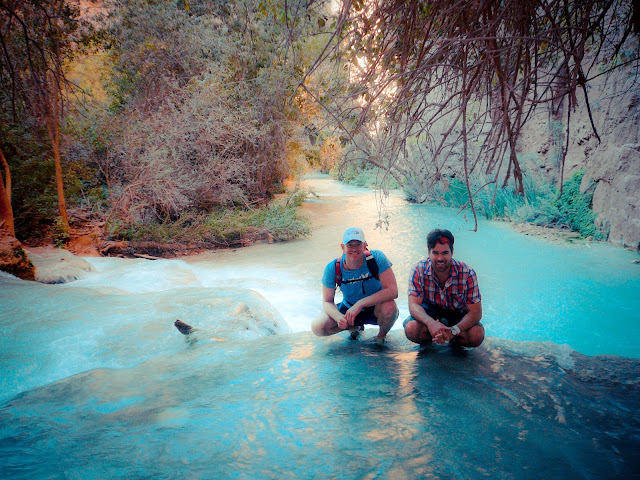 the epitome of crystal clear. 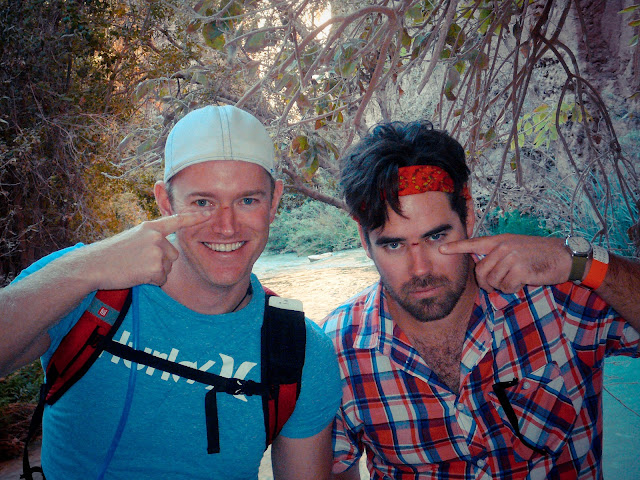 travis and danny – both “Go Pro” cameramen with the matching wounds to prove it. 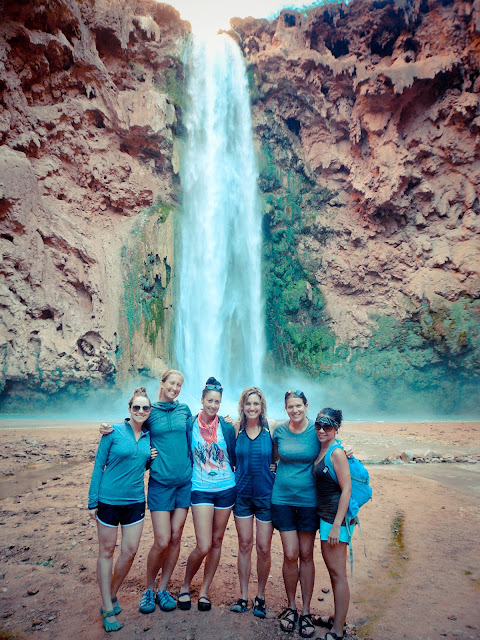 canyon babes after a “behind the falls” swim. 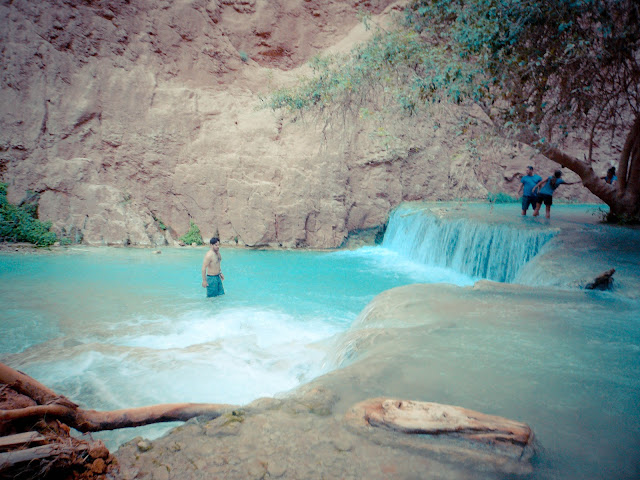 so, danny went under the falls and found a little are you could sit behind and look out. 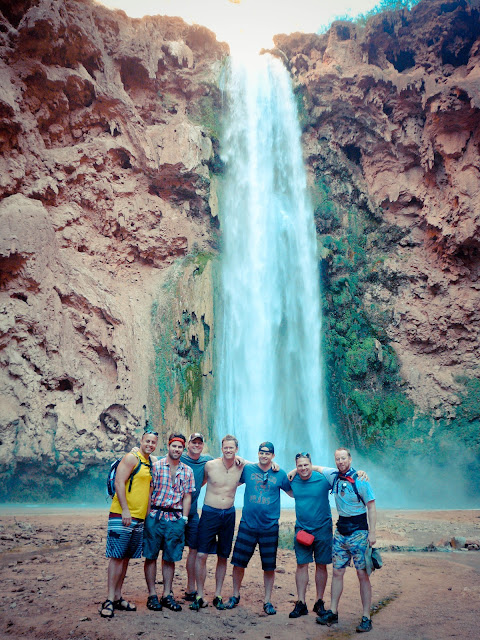 the boys. and then they visually demonstrated that we were at mooney falls. i’ll spare you. 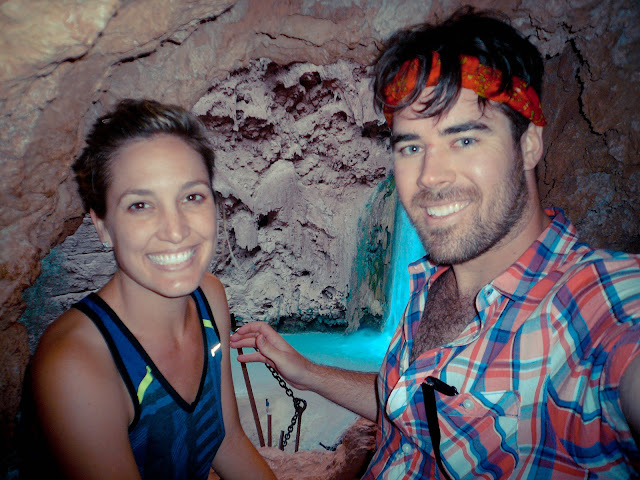 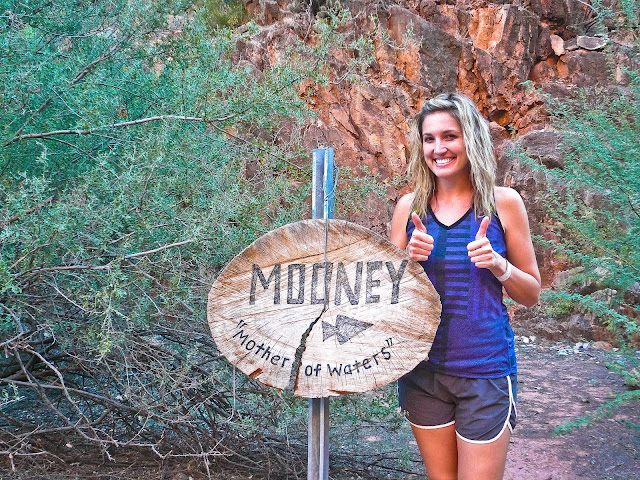 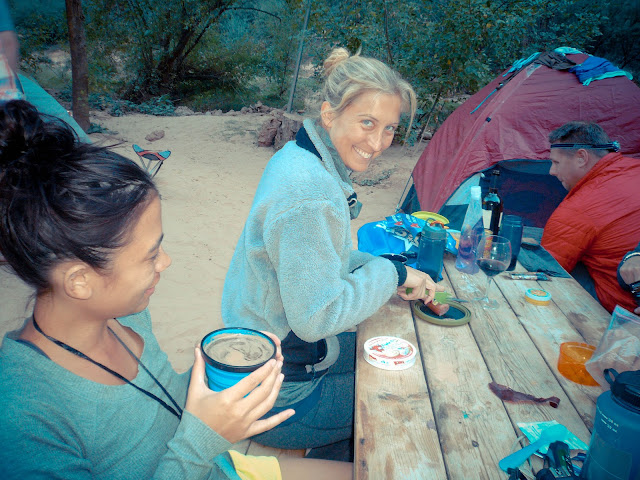 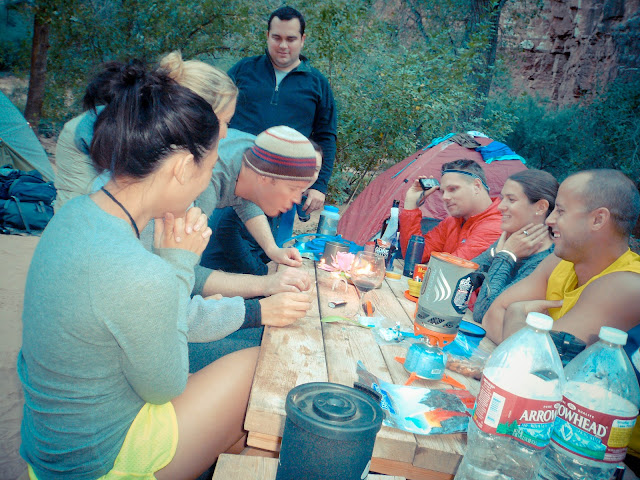 the crazy chinese singing birthday candle that grant would ultimately have to destroy. 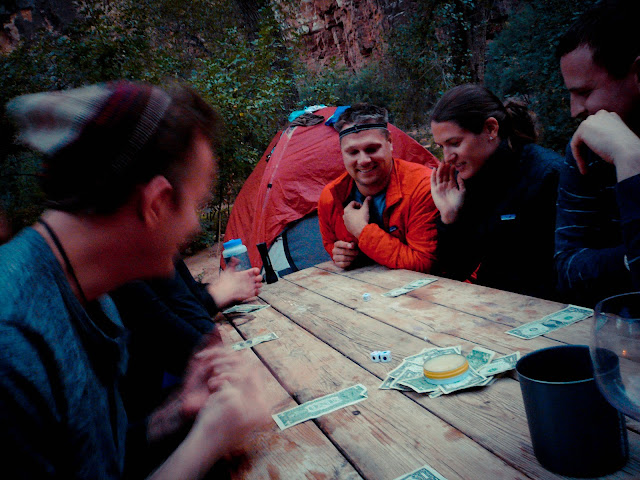 campside games – Left, Right, Center. i was the big winner of round #1! 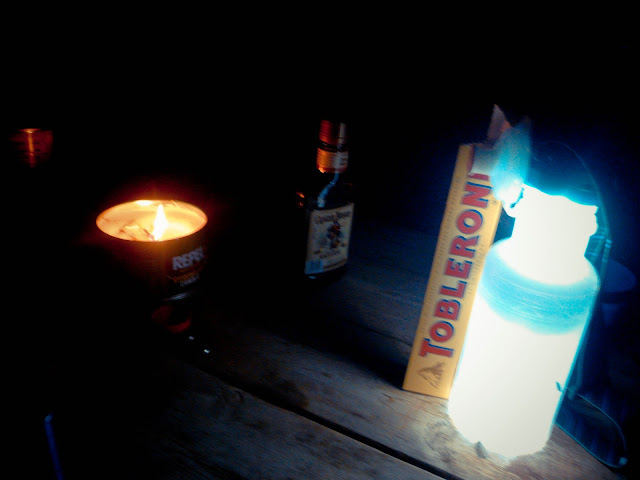 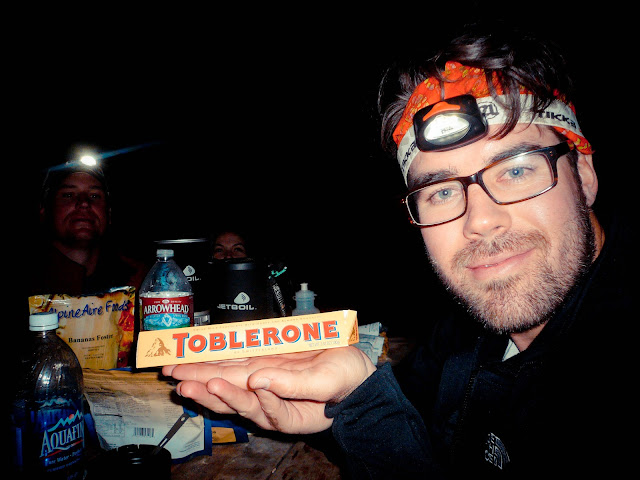 danny was introduced to Toblerone chocolate. we’ve created a monster.
the next morning, danny & me plus heather & james got up, packed up our campsite and set off for the return hike. the rest of the group stayed an extra night. we powered through the hike and did it all in 4 hours and 15 minutes! taking my shoes off has never felt better. we hit the road, did a ghetto car wipe down via cucumber baby wipes and then stopped for a guilt-free lunch of beers, nachos, club sandwiches, hamburgers and ice cream. a shower and our bed had never felt better than it did that night..
….and that’s a grand canyon wrap!
who’s in for next time?
(who am i?!)