trust us.
we’re finally home from a glorious weeklong vacation with Matt and Jenny in the Caribbean’s Virgin Islands. the finally isn’t because our trip was too long (never!), but getting home turned into 36+ hours of traveling.
it went something like this…
noon on wednesday: cab to the airport, AA calls to tell you of a delay. go through customs. now delayed 7 hours in a single terminal airport aka nada to do or eat. board the plane. mechanical issues. one hour later, de-board the plane. back into the terminal. over com “they may fix the plane, sit tight.” hours later it’s determined we’ll all be spending the night on the island and one (this isn’t a joke) island AA representative in the airpot will handle rescheduling flights and making accommodation arrangements for the entire plane. text new boss that you will not be at work the next day. 45 minute shuttle ride to a hotel on the other side of the island. 10pm – arrive at terrible hotel. try to order room service with our $12/person food voucher – nada. head to the jacuzzi – no towels. watch a movie? tv is broken. #over it. wake up at 6 am the next morning to zero power or water in the hotel. lovely. no coffee. no shower. brushing our teeth with a water bottle. 45 minute shuttle ride back to the airport for customs and security again. seats apart, but the plane leaves. finally get to miami. 4.5 hour layover there. at 11pm thursday we were finally home. 36 hours of cabs, shuttles, airplanes, airports and that doesn’t include our overnight stay. bllllleeehhh. 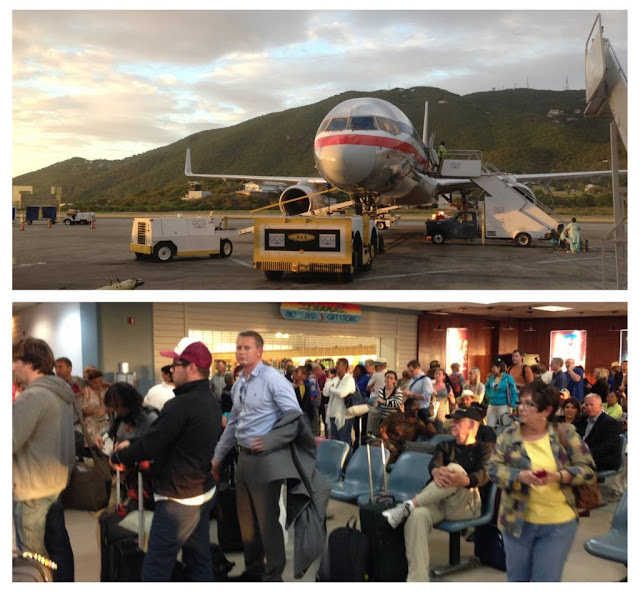 …
it’s one thing to be told you’ll have to spend an extra night on a gorgeous island, but let’s be real. once you’ve  zipped up the suitcases and your cab is headed for the airport, a switch starts to flip. at that point, you’re starting to morph back into real life mode. you turn on your work email, start thinking about the next couples of days in the office and you’re just ready to be home.
through the delays, we just focused on the fact that considering that we travel a fair amount and this is a rarity, we’re pretty lucky. saving graces were being together, carry-on luggage, airport terminal charging stations, iPhones, Vanity Fair and ABC’s “on the go” app which allowed us to kill hours catching up on The Bachelor. 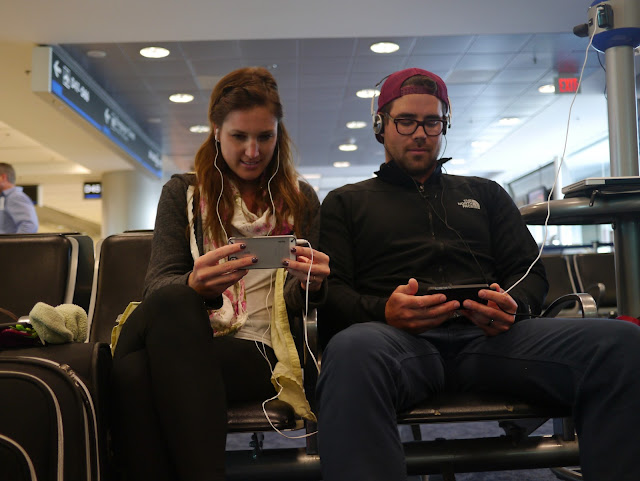 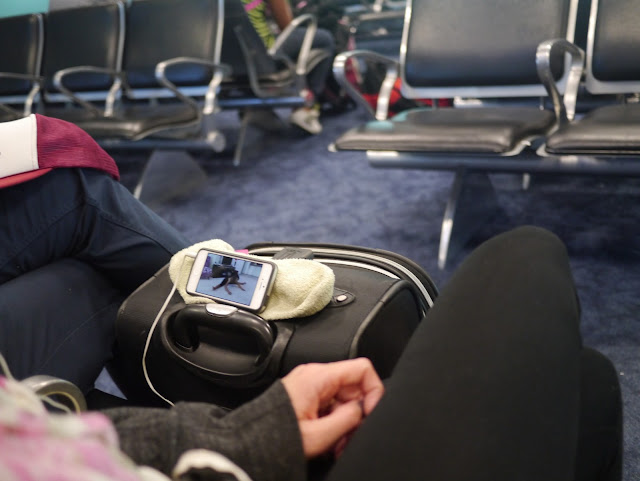 a suitcase. a sock. The Bachelor on an iPhone.
—
side note: in our final shuttle ride, the island themed bumper sticker in the car said,
“hard work never killed anyone, but why risk it?”
we just started cracking up.
it pretty much summed up the help and sense of urgency you feel from islanders during these situations.