it may seem odd, but i’ve never been on top of someone’s shoulders at a show.
i’ve always been strangely timid about doing it, but decided that would change at this year’s coachella.
i told danny about this little secret on our drive to indio and he wanted to make sure it was his shoulders.
so last saturday night during my favorite set of the weekend – hot chip – i decided to hop on.
it was weird to feel so exposed among 90,000 people. exhilarating. and a damn rad view. 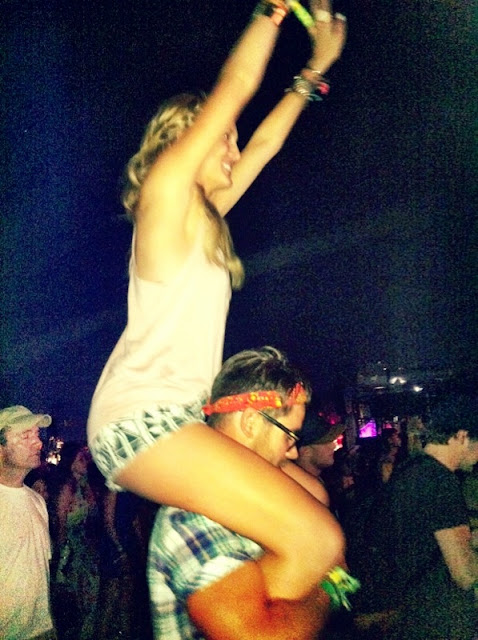 it was a silly moment that i’ll remember for a long time.
(and thank you jenny for capturing it on film)
…
we’re home. and exhausted. and trying to snap back into work/life reality.
more coachella 2013 memories & captured moments coming soon.